What boardgames have you played recently?

Ric of The LBC

Monopoly Socialism. "Winning is for capitalists".

Hard to play because you have to unlearn.

I downloaded free-to-play RISK off of Steam.

Not for novice wargamers even Grognards will need a grounding in modern air warfare principles before attempting this one. Precise, technical and strangely addictive.

As ever the VASSAL module makes online play less admin heavy than a face to face game. Game crafter has an excellent set of cards available for the planes and SAMS that eases the chart flipping extravaganza that is part and parcel of the game.

Warming up for a game of Bitter End, Budapest Compass games. Played a couple of turns to get back into the mechanics. The real game starts next week. A hidden gem of a game that highlights the problems and challenges faced by both sides during the siege and relief attempts.

Paul_RS said:
Warming up for a game of Bitter End, Budapest Compass games. Played a couple of turns to get back into the mechanics. The real game starts next week. A hidden gem of a game that highlights the problems and challenges faced by both sides during the siege and relief attempts.
Click to expand...

Takenoko. Ticket to Ride with elements of Carcassone. Nice game.

Roll Player with the family, for the first time. Looks like good fun!

Jacometti said:
Roll Player with the family, for the first time. Looks like good fun!
Click to expand...

It is great fun!

Undaunted Normandy. Had my first victory today against my 11 year old son in eight or nine playings so far, he's annoyingly tactically astute . We can't wait for Undaunted North Africa to arrive.

Been playing a lot of co-op games with my son as my regular groups of 4-5 players are out due to Covid. Really enjoy the talking strategy with him. Co-ops I’ve gotten off the shelf or next in line after we finish Aeon’s End Legacy.

My gaming partner and I have been playing Front Toward Enemy lately when ever we can get together.

Stalingrad 42, Ukraine 43 just kicking off Jaws of Victory. Solitaire WAW 85 and Fulda The Battle for the Gap.

Beneath the Med, the Hunted, picket Duty, plus a couple of solo games of ASL 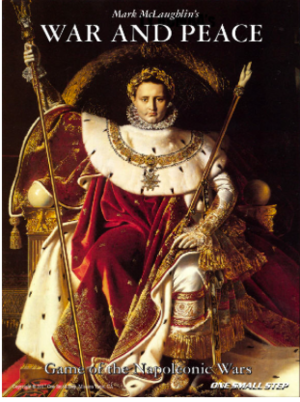 How are you finding Fulda Gap and the CSS system? I believe CSS is based on the Gamers GTS system:

alanlynott said:
How are you finding Fulda Gap and the CSS system? I believe CSS is based on the Gamers GTS system:
Click to expand...

It is, sort of. Same designer. I love the GTS system, the CSS, well…
the maps and counters are first class, very attractive. Full colour rule books and scenario booklet. Production values up there with the best. Now the not so good. The QA has been pretty poor, printing errors all over the place, really simple stuff like listing the components of the previous game in the following game Rulebook, hero decriptions omitted or from previous games, counters missed from the scenario set ups Etc.

LOS rules section is a bit of a quagmire, there hasn’t been a game in the series that hasn’t had errors in the examples or the rules. I’ve been working with another player to clarify and simplify the LOS rules, the designer still has to sign off on the document. There are also some anomalies on the map where the terrain depiction leads to confusion when you go uphill to a lower elevation, there aren’t many like that and the application of common sense will resolve it.

There are some mechanics that seem a little odd when first encountered, the use of support weapons and the routing rules, for example

All infantry are mounted in APCs but when they deploy they can’t move, seems odd to me, plus they lose the AP FP and ATGM of their APCs when they do. Ok, the hexes are 500m across and one could argue that they’d be unlikely to move further than 500m form their BMPs etc. But there should, I feel, still be some form of support provided by the the BMPs when the troops are dismounted.

it’s not an overly complex game, but when reading reading the rules you have to try to imagine what the designer was thinking when he wrote the rules.
Fulda does suffer from what appears to be gaps in technical research by the designer with respect to river crossing capabilities of the units involved, thermal imaging, and wire guided ATGMs firing over rivers. To be fair he has taken note of the comments from people who served during the period that the game takes place and the rules have been amended accordingly.

The system isn’t perfect, some questionable/different mechanics but I keep going back to it. There are numerous occasions where you have to subtract a negative modifier to resolve a combat or morale check, surely there must be a better more intuitive way…

If you do decide to get get into the system the rule book for Saipan was a dogs breakfast, you’ll need the rulebook for Tinian to play Saipan. The table space required is pretty big, especially for the 4 mappers. Guam is enormous.
Not perfect, too many silly errors in the rulebooks, some novel mechanics that take a bit to get used to, very good support on the forums from the designer. But, if you just play the game without continuously challenging some the concepts it can be good fun. Plus there aren’t that many games around where you can fight a Pacific Island war at company level.

The bigger scenarios will take a while to play.
the next game in the series covers Berlin 1985, should interesting. Berlin is a very flat city so based on the current rule set there won’t be any ATGM shots possible over most of the city and most fire will be point blank. There are some early examples of the terrain on consimworld, not sure about the slopes and have already commented on the potential problems.

hope the above helps.
cheers

csiemers said:
Currently playing Mark McLaughlin's War and Peace 6th Edition
Played the 2nd Edition back in the early 80s when I was in high school and when I saw this update I snagged it and have been playing it since

Yes I’m going through a Napoleonic phase at the moment. Saw this and bagged a copy straight away. The first version sold out very quickly and prices went ballistic.
Played Napoleonic miniatures in my youth and have been promising myself that I d get into the la Batt system when I retired. Well that moment has arrived and I’m looking forward to more La Batt games. Over the years I’ve managed to get all the La Batt games from CoA and have all the Marshal Enterprises limited editions as well. Now which rules system should I choose today? Currently play Quatre Bras with the Marie Louise ruleset and thoroughly enjoying it.

Tank Duel by GMT. Think of "Up Front" with tanks instead of infantry.