The first draft of the mod is essentially done.

Ordinarily I don't release 1.0 versions of my mods, but in this case I'm making an exception.

I haven't yet had a chance to test it on a clean copy of the game, and in making the screenshots I noticed a few things that slipped through the cracks. So yes, there will be a couple more iterations of the mod after this one, but I thought it might be better to push this out for now to give people who were waiting for it a chance to start playing the game.

Because of limitations in the game engine when handling winter terrain, the mod is in two parts. One part covers the battles from December 1806 through February 1807, and the other focuses on the summer of 1807.

Here are a few screenshots: 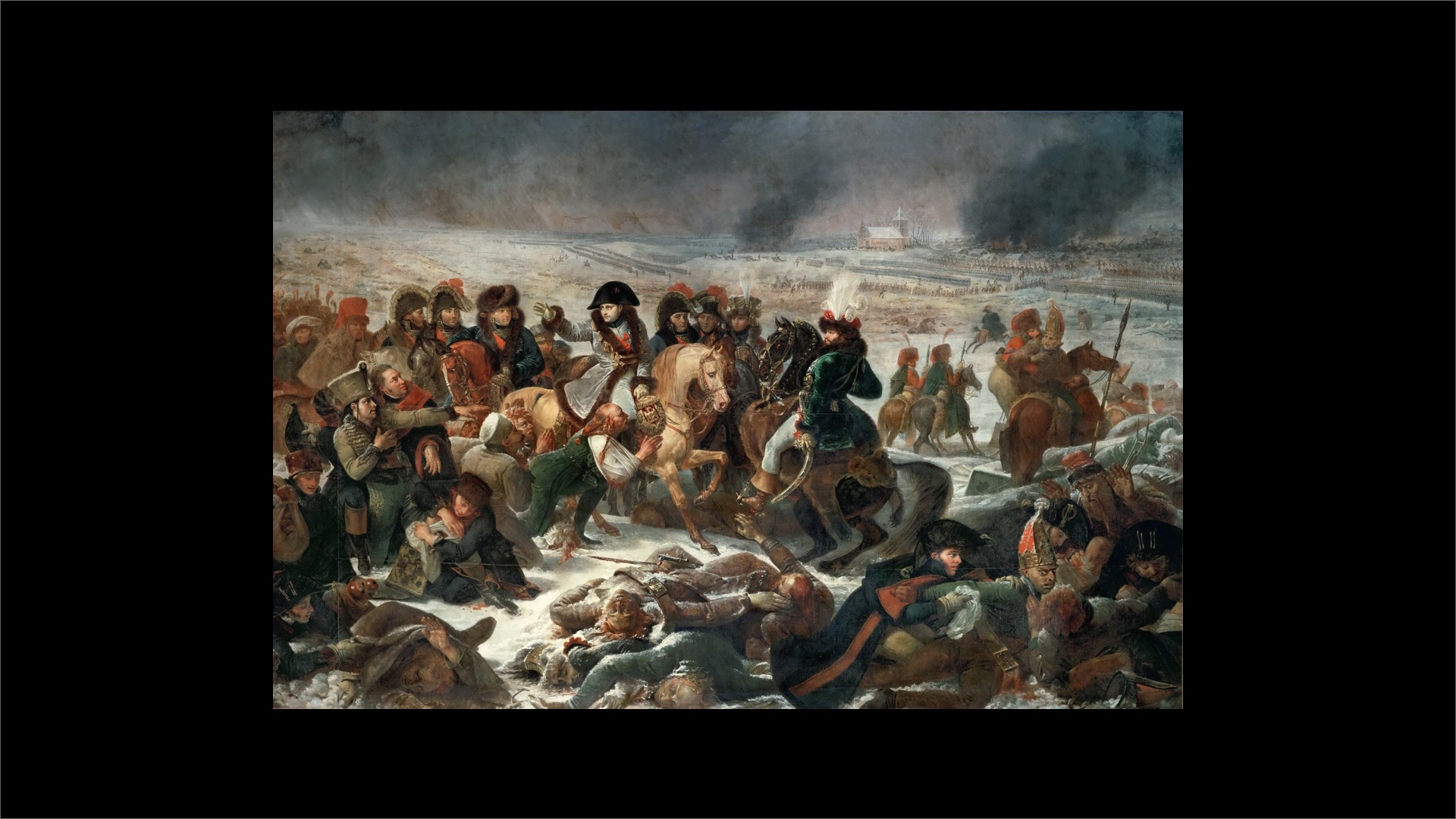 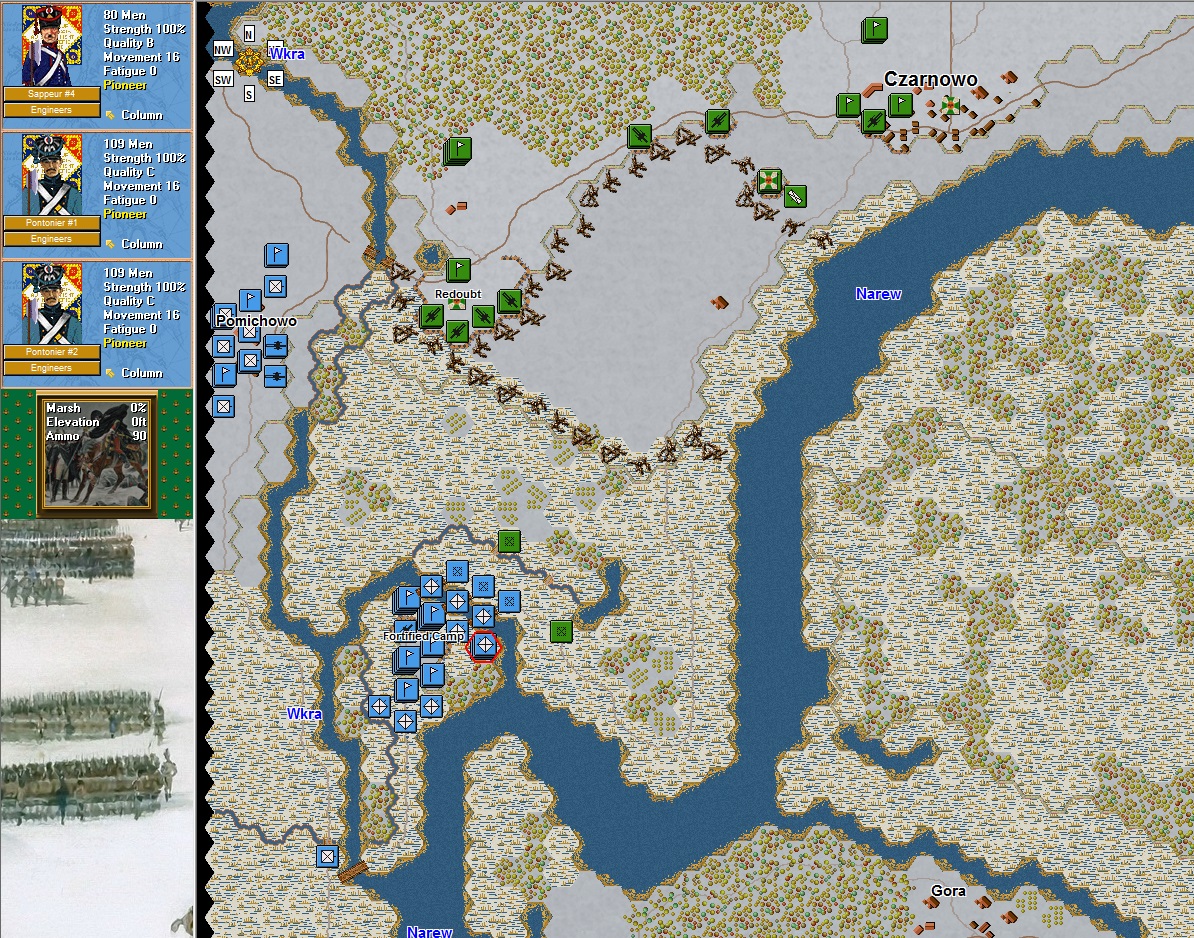 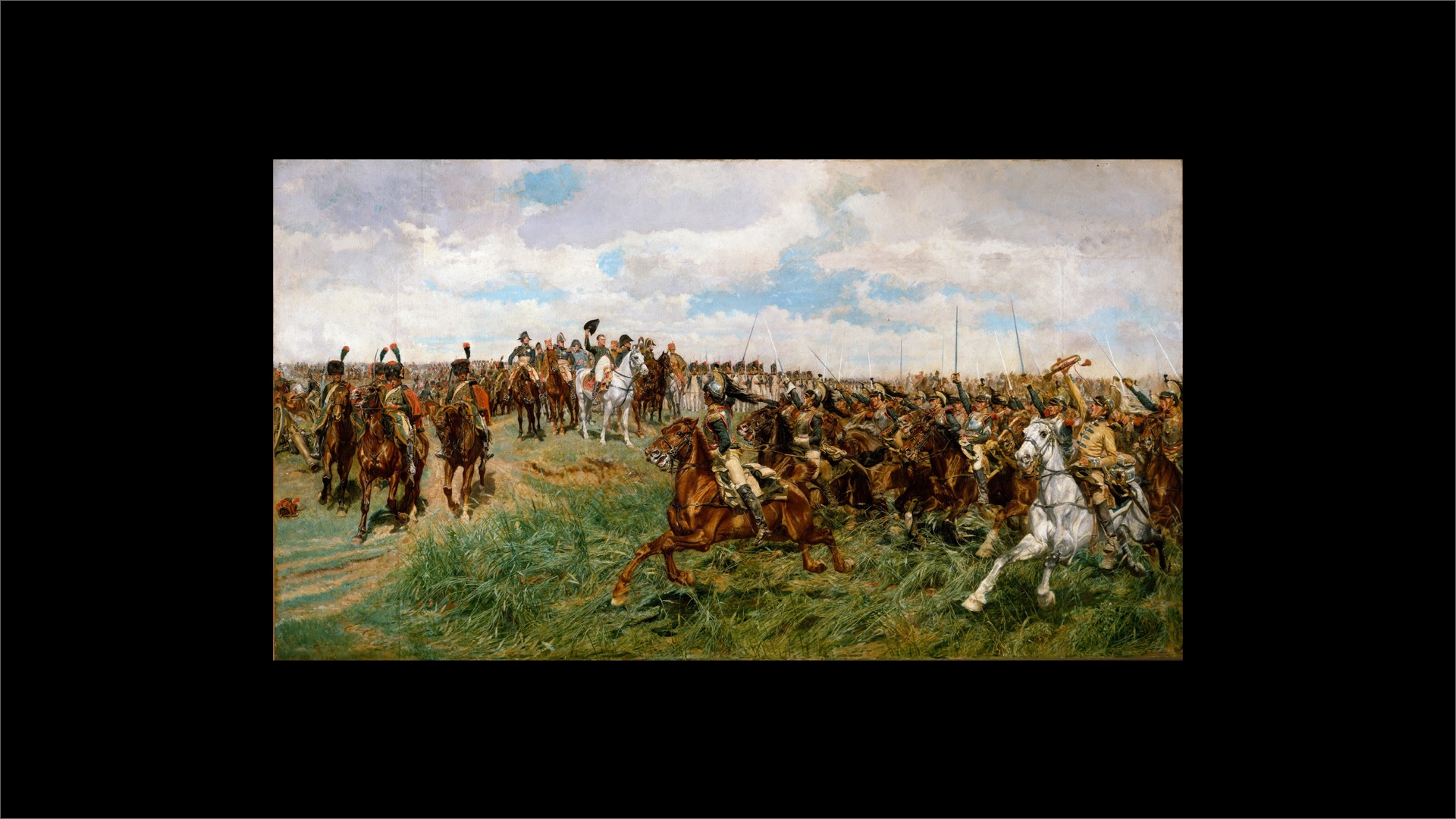 The big question everyone will ask is why the mod comes in two parts.

This is due to limitations in the current handling of textures by the game engine.

This looks pretty weird, so to fix it I redid the deep snow features and then put together a set of lesser snow-covered features.

Unfortunately these also show up in the summer scenarios (which looks even weirder), so the only way to keep things sorted out was to turn this into a double mod -- all the snow in one part and all the green in another.

Apart from that the mod is pretty straightforward.

Minor nationalities fly their own flags in the unit boxes.

The flags that appear in the background in the unit boxes tend to be the same flags that are carried by the 3D infantry units.

I've made a few adjustments to the UI (like darker terrain boxes) to make things easier to use.

Apart from finishing things that got left out of this version, I'm not expecting to need to make many changes to this mod going forward, but I may change my mind about which units display which flags (I'm not totally comfortable with the Poles and the Russians).

Installing this mod is a little bit more involved than installing the other mods in this series, but not significantly harder. So go slowly and be careful. And like swallowing, it's harder to describe than to do.

Start by installing Campaign Eylau-Friedland and updating it with the latest patch.

Somewhere in your computer (probably under the C: drive) you will have a folder called John Tiller Software.

If you look inside that folder, you will probably see a folder called Campaign Eylau.

[The next step isn't absolutely neccessary, but is a good idea in case something gets messed up].

Copy the Campaign Eylau folder (complete with its contents) and rename the copy 'Campaign Eylau_unmodded' or something equivalent. You will need this for reference six months down the road when patches come out and you don't remember what a pristine version of the game should look like. Going forward, don't ever make changes to the unmodded copy (except for JTS Software patches).

Open that folder and copy the contents (five folders, ten loose bitmaps, and two desktop icons) directly into the Campaign Eylau game folder. You'll be asked if you want to overwrite a lot of files, and always say yes.

Make a copy of the modded version of Campaign Eylau and rename it 'Campaign Friedland'.

Inside of it you'll find another folder named Campaign Eylau.


(The desktop icons are in there for a reason. I strongly recommend using them to keep the four different applications sorted out. Different systems will go about using custom icons in different ways, but for the most part what you do is right-click on each application and create a shortcut, move the shortcut to your desktop, then right-click on that shortcut when it's on your desktop and go into properties. Click on change icon, then navigate to where the modded versions of the game are installed and inside each one you'll see a pair of files. Select the appropriate one and don't forget to click on apply or your selection won't take.)

WHERE TO GET THE MOD:


(This is a link to my Box account. I sometimes run out of bandwidth towards the end of the month. If that happens wait about a week into the next month. If the problem persists I'll set up a second link to a different account.)

The mod has been updated to version 1.01 and can be downloaded from the link in the first post.