So who's playing Battletech?

It's been a while since PC gaming saw a turn-based game like this. Anyone tried it yet? 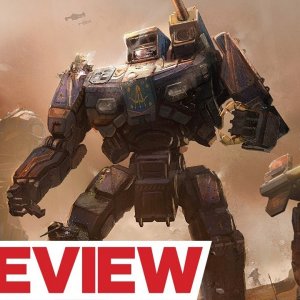 Legend in my own mind

I was a kickstarter backer and the game is great. A few issues here and there, but they do seem to be releasing patches for it. There is a path forward from the game, where they will be releasing add-ons to get to the Clans at some point.

How are the graphics? Are the maps interesting?

If you like/liked the board game, you should like this. I told my brother it’s the best VASSAL mod I’ve seen. I wish they carried forward movement penalties to shooting (not being hit) and it would be nice if the multiplayer had scenarios instead of just brawls but I’m getting good value for my money.

I got it right at the launch. The graphics are fine and the story seems to be be pretty good although I've only played one mission of the story. But I've played many skirmishes to try out the different Mechs and Lance formations. I've played online once against my son, who was a beta tester of the game (which he told me after cleaning my clock). I like the game because you are commanding a Lance, not just a Mech so you get into tactics and such. From what I can gather, it follows the board game very well. If you like the Battletech universe, get this game.
You must log in or register to reply here.
Share:
Facebook Twitter Reddit Pinterest Tumblr WhatsApp Email Link
Top