I think it is time to start a new screenshots thread.

So, what are you playing? Show us! 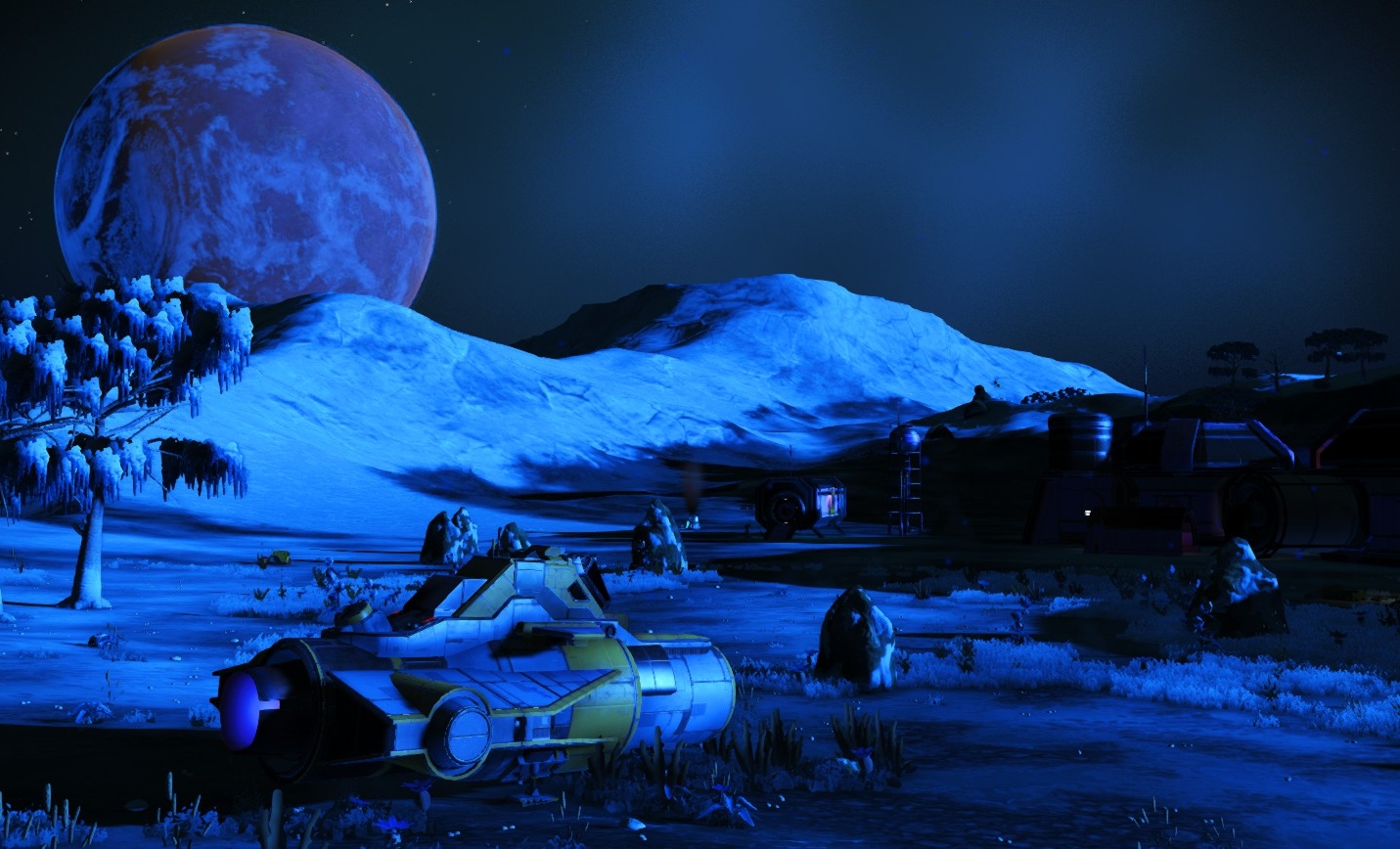 This was a screenshot I took in No Man's Sky. Yes, that No Man's Sky. I have to be honest: with the most recent August patch, the game is starting to take on some life. I only picked up the game this past June when it was discounted 66% off retail. Even then, almost a year post release, I had to agree with all the criticisms - it really was little more than a tech demo in search of a game. But Hello Games took a big step in the right direction with August's meaty update. Now the tech demo is starting to feel more like a proper game. They added a 30+ hour campaign that includes a well-thought out tutorial, a mission system to give you a reason to visit planets (amazing that wasn't in the game at launch!), a base building component, and a bunch of other stuff. While I think it still has a ways to go before it will be a truly solid gaming experience, I definitely think it is now worth the $24 I paid for it (still not worth the retail price).

My screenshot is of a winter planet I discovered today in the game. It was night time when I discovered this base, and let me tell you I was glad to find it when the temperature was falling to -60 degrees F. Shelter! That's my new ship parked out front. Screenshot was taken with NMS' in-built screenshot tool which has some nice functionality to it.
You must log in or register to reply here.
Share:
Facebook Twitter Reddit Pinterest Tumblr WhatsApp Email Link
Top