Originally posted by Boar
Talking Heads
Ramones
Joy Division
Blondie
The Cardigans
Siouxie and the Banshees
Led Zeppelin (!)
Hank Williams (Sr.)
CDB
Berlioz
Wagner
Old country songs from the '70's like "Funny Face" by Donna Fargo and "Why me, Lord?"
Garbage
Paul McCartney and Wings (Band on the Run and before only)
...

I'm either eclectic or unselective.

I like everything you put up there and I'll add a few:

I just discovered I really like that beer for my horses song from toby keith. Maybe I like country music and didn't know it. /shrug
B

A bit of Celtic/Irish -- yeah, I can dig it. Just don't try to make
me watch "Lord of the Dance" like my brother-in-law did!

You got it -- a bit of everything.

I saw the Clash in concert at New Orleans. Real down-home kind of people, really. Very friendly performance to a fairly small crowd.

Never thought my appreciation for Boston would grow, but it has.
Groovy guitar riffs.

On the other hand, I can't stand to hear Aerosmith anymore -- especially the latest stuff. Hard to believe that troll gave birth to a beautiful daughter ...
E

please some one out there has to like pantera, hatebreed, chimaira or spineshank, i know i'm not the only one. ghost soldier likes metallica, so maybe he does. and also, man I hate U2!
G

hey, metal was stagnating (rusting?) until Pantera came along and kicked some A...... but Vulgar Display and Far Beyond Driven were all that I listened to of them. I'm kinda jaded. I really don't buy new stuff anymore, I still keep my ears open though, especially since nowadays you can find some halfway decent radio. When I was a teen, nobody wanted to listen to metal, it was too evil. No white kids would listen to rap. Nobody skated. Nobody wanted tattoos. But now all that stuff is trendy. I hate trendy. I hate trends. And I want to kill all trendoids! And please take that GD cellphone off your ear! And who wants to F-up a perfectly good toungue by piercing it? Come on!!! I have issues. by the way.....Black Sabbath are The Godfathers of ALL Metal. I feel better now.
GhostSoldier.
E

Black sabbath is the godfathers of metal. I disagree, I would say Slayer. They rule!
G

Even though they were later how about Angel of Death, Raining Blood and Postmortem. Also since their first album came out in the 80's would you consider Metallica one of the godfathers of metal?
E

Just to add something, Slayer and Metallica were around long before i was born. I was born in '87 so i was young when i picked them up probably around 7 or 8 when i started listening to them.
G

Originally posted by erwin_rommel
Just to add something, Slayer and Metallica were around long before i was born. I was born in '87 so i was young when i picked them up probably around 7 or 8 when i started listening to them.
Click to expand...

I know. I'm not picking. It's the bands like Winger and Poison that I can't stand. GS.
G

Originally posted by erwin_rommel
Even though they were later how about Angel of Death, Raining Blood and Postmortem. Also since their first album came out in the 80's would you consider Metallica one of the godfathers of metal?
Click to expand...

For myself, Metallica had been out for about 3 or 4 years before they actually had enough of a reputation that I decided to check them out. Before them it was Motley Crue, W.A.S.P., Iron Maiden, etc. But when I heard Metallica, I was like, "now this is what Metal should sound like!" I also started to check out hardcore, thrash, etc. Then I explored the roots. All the way back to the blues, baby. It's all good. GS.

Unless I missed it, no one listed Iron Maiden. Good metal plus interesting song topics. I think I learned more about history, mythology, and literature from them then I learned at school during my junior high years.

Metallica and Slayer may have had a few songs about war or history, but Iron Maiden made a career out of it. Currently, I guess Iced Earth is in the same vein. Haven't heard them though.
G

And what a formidable geetar duo, not to mention drums and bass. Where Eagles Dare is one of my FAVORITE all-time songs. The whole Piece of Mind album is one of the top ten best albums of all time. I don't care who sez what. Nope, don't care. Don't care at all. GS.
C 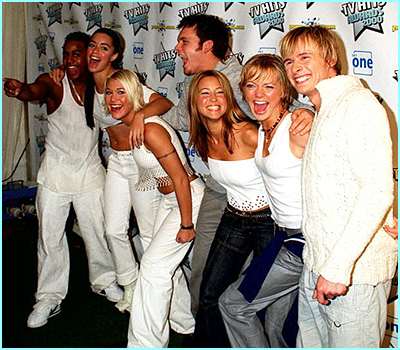 What is up w/ all the death metal crap ? :crazy: Me and milk the only cool ppl here?
G

pshaw, I bet you like n'sync, new kids on the block, and the back-door boys, too?:laugh:
GS.
T

-and pretty much any group Chris Cornell sings in

-well maybe even Down and out Elvis ( my goal is to get a photo with a Elvis impersonator out in Vegas -- I suppose it should have happened last year ) :banana:
E

Rammstein kicks ass even thought i don't know what they're saying. Hey you listen to german rock have you ever heard of Darkest Hour.
C

These chix have a song on dance dance revolution ultramix. They're hotties.

Misc:
Just about any Military Marching Band playing at parades or special events.
The sound track for "Smallville".

When playing wargames, driving or reading, some music is prefered to silence and any of the above choices will do for me.