LOTRO - Where would you want to live?

A silly question but one perhaps other LOTRO fans have considered as they've travelled ME...if you had to make your home somewhere in the fictional settings you're travelling, where would it be? I mean, outside of the communities where you can buy a house?

I've attached some (poor) screenshots to show some of the vistas. There's a lot of great scenery to be had, and there's some appeal to, say, perching at the top of Weathertop and being able to look out over the world.

Image 1: shows what greets you coming out of the fortress city of Esteldin in the north; you come up a rise and you look out over this incredible valley and see this wall of mountains - just beautiful. I am lucky to live close to the Rocky Mountains, so they're part of my real life, anyplace I picked would probably need to be close by. Maybe.

Image 2: the road to Rivendell is a winding one, past a barely visible ford over a river, over a disappearing track up a mountain (when they warn you in one of the quests not to go at night, they mean it, as strange creatures come out in the darkness!) and then you squeeze through this cut in the rocks to come out above the valley - and this knife-like spire across the valley (haven't figured out which mountain it is...any hints?) The elves have some pretty inspiring architecture, but all so placid.

Image 3: One of the more impressive structures in the northwest, at Ost Forod; what's impressive about the countryside also is the number of ancient ruins mixed in with newer structures like this. It's like Albert Speer dropped in to a medieval fair.

Image 4: Rivendell sits in a majestic valley, but seems claustrophic to me; all I can think about is getting to the top of the surrounding mountains as soon as possible.

Making my decision, I took a more realistic approach to where I'd want to live. I assumed the war of the ring was over and all the baddies had been disposed of. Being a city boy and someone who likes being in the midst of things, I think I'd want to live in Bree. As much as I like the mountains, I think I like the adventure of travelling there just as much. Assuming that the travel times in the game would still apply - that you could travel everywhere in ME within a day (a huge change from the book, where it took days just to cross the Barrow Downs, not minutes), I'd want to live in Bree because it meant not only could I get a job there, but there would be so many places nearby to visit on weekends:

Fishing and hiking in all kinds of places; Starmere Lake, visits to Fornost Forest across the Trestlebridge, the North Downs, all of them close by to Bree, since Bree is so central.

I've even picked a spot; I'd want an upper level apartment in one of the buildings along the Scholar's Stair. Great view northwards of the hills along the Bree-fields and the Horsefields. I imagine the weather would be good, so far from the ocean and the mountains, no earthquakes, hopefully no tornados and less chance of a major flood unlike those on the Brandywine...

Pretty cool screenshots. Without really knowing much about the LOTR universe, I would say I would live in Edoras.

This structure blew me away when I first encountered it...

Doesn't really look impressive in the screenshots, but in the game it has a little more scope and grandeur. 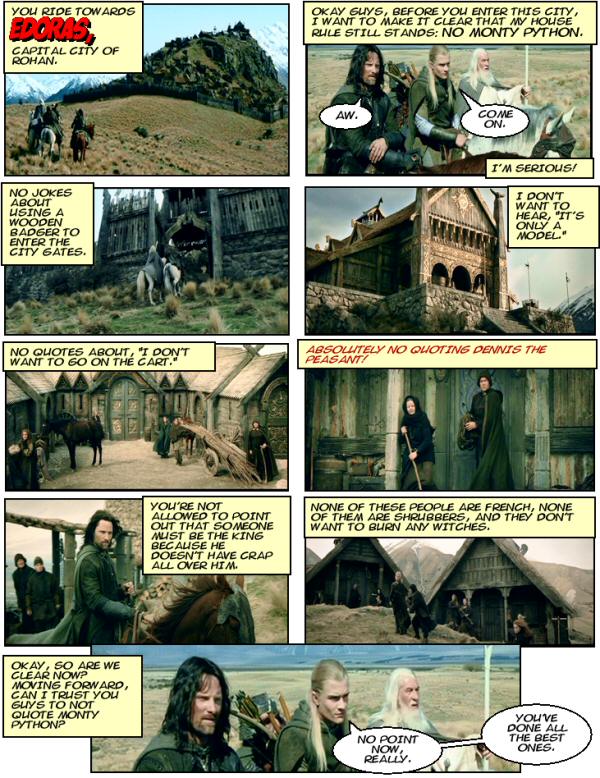 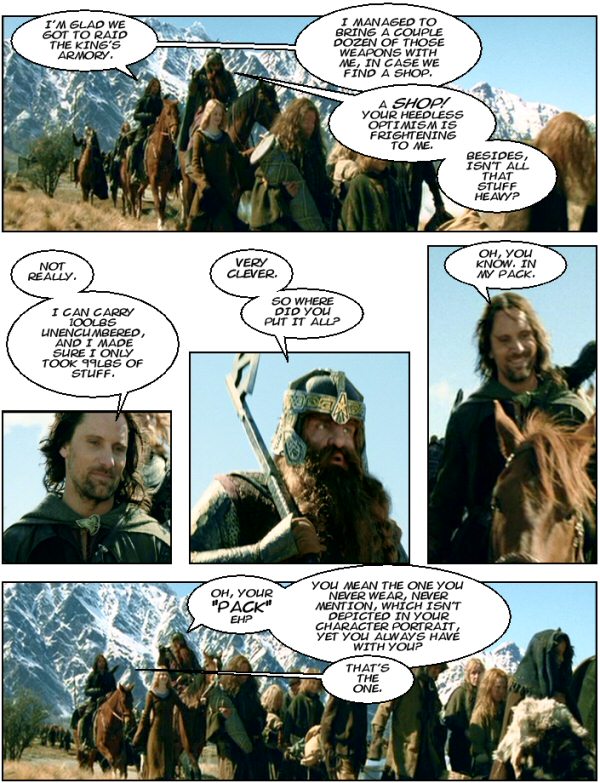 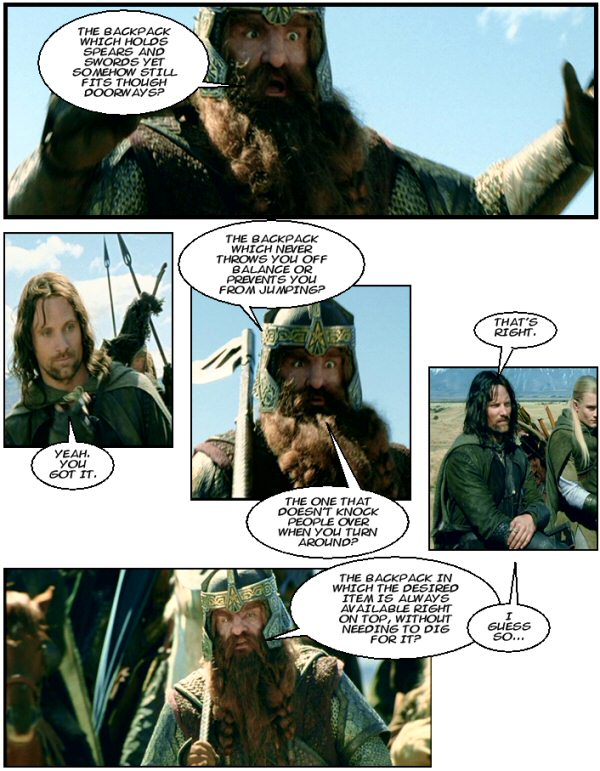 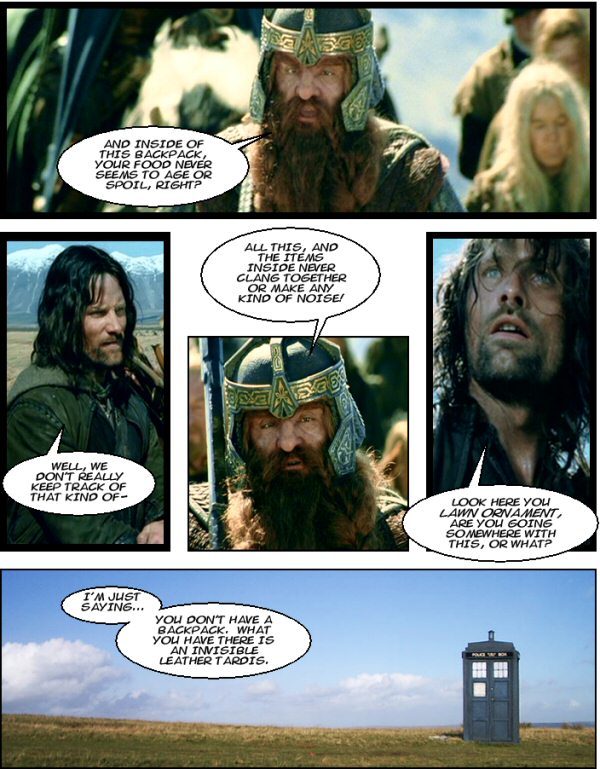 Could there be any question? Rivendell of course...Beautiful valley..nice water feature...it would have to be rivendell

Whizbang1963 said:
Could there be any question? Rivendell of course...Beautiful valley..nice water feature...it would have to be rivendell
Click to expand...

Wouldn't listening to that "nice water feature" every night turn you into a bed-wetter?

And can you get a decent glass of ale in Rivendell?

And if they are all immortal, and you end up living next door to some dude who doesn't mow his lawn - it's not like you can outlive the bastard.

I see some downsides.

Michael Dorosh said:
Wouldn't listening to that "nice water feature" every night turn you into a bed-wetter?

And can you get a decent glass of ale in Rivendell?

And if they are all immortal, and you end up living next door to some dude who doesn't mow his lawn - it's not like you can outlive the bastard.

As discussed in the review thread, I am starting to lean towards Evendim a bit more...

I like Evendim- especially the area around Tinnundur.
Rivendell would be nice but I always feel like finding a nice place to curl up & sleep when I'm there.


As far as Ost Forod is concerned, I just want to pop all the "bullies" standing around bad mouthing me as I pass by.
Last edited: Apr 30, 2009

Palantir said:
As far as Ost Forod is concerned, I just want to pop all the "bullies" standing around bad mouthing me as I pass by.
Click to expand...

But what a view in all directions...

I guess the Great Geek question has to be asked...which location in Middle Earth has the best "babe" quotient per capita (NPC only). We all know the Prancing Pony has the best spirits but which location has the best looking girls...that's where the "typical male" would want to set up shop, right...

That is kind of hard to say since there are no explicit "babe" graphics in the game - thank goodness. Unlike WoW which is designed & filled with scantily clad female NPC's & players (clearly for a teenage boys viewing pleasure & $$ generator), this game is based on the reality of a functioning mature world that Tolkien created. (They'd lose their Tokien Enterprise rights in a heartbeat if they didn't!)

Characters wear "appropriate" setting clothes & armor as would be worn in M.E. I have yet to meet a woman playing that says running into battle wearing a bikini is realistic, if you know what I mean. (They want to wear the cool armor too!)

However for MD I suggest he checks out Thorins Hall for dwarven babes- they're the ones with the braided beards I hear! (you just have to get up realclose to see 'em!) :clown: