It did not take long for the full import of the U.S. withdrawal from the Philippines to become apparent. U.S. presence declined in the South China Sea and this allowed other navies greater freedom. The PLA(Navy), under strict orders from Beijing, stepped up its patrols around the Spratley archipelago. The Vietnamese and the Philippines vigorously protested this action, but not much was done to help them. By 1998, the Chinese felt confident enough to make a determined push for the whole of the island chain. By controlling the Spratleys, the PLA(Navy) would be in position to threaten busy shipping routes; the forces assigned there would also cover the Chinese invasion of the Philippines. Once the Philippines had fallen, no one would be able to oust the Chinese from their sea.

Much was carried out to ensure the smooth running of the initial stages of the operation. Vietnam was bribed into hamstringing the ASEAN response and the Philippine communist insurgency was expanded and financed by the PRC. Chinese Special Forces were clandestinely inserted to advise the guerrillas. All that was needed was a spark.

This scenario was inspired by the situation depicted in the Sea of Dragons publication from Clash of Arms.

The Thai fleet has set sail for the disputed region. This fleet is believed to be aiming for a rendezvous with other ASEAN fleets. A combined task force would be difficult to attack successfully, so it has been decided to attack the elements separately and sequentially.

The picture is much clearer now that ASEAN has thrown back its cloak of deceit. Indonesian and Malaysian forces met at a rendezvous point and are now heading north. They must be stopped from linking up with the Royal Thai Navy.

​
"The Russian economy, stressed by the demands of war, confirms its leaders' worst fears. Economists tell the Defense Council that unless the war is a short, victorious one, the economy will collapse."

"Exhausted by the furious pace of combat and the horrific losses, both sides are forced to re-evaluate their basic strategies. Fuel and ammunition are being consumed at fantastic rates, confirming the most pessimistic peacetime estimates.

At sea, reinforcement convoys have become vital prizes, to be protected or destroyed. Soviet strategy did not anticipate a long war and made no plans for a sustained campaign in the North Atlantic. Now forced to do so, Soviet attack subs and aircraft must operate at extreme range in an ocean ringed with hostile bases."
"While the strike on the Kola may not have been a complete success, they have taken much of the pressure off the convoys and their escorts."

A French carrier battle group is assigned to convoy escort duty, reflecting both their increased value and the concerns of the merchant mariners.

Almost as soon as the convoy is clear of the continental air defense zone, it is attacked by SNA, but using new and imaginative tactics. French fighter pilots fly near-continuous patrols against reconnaissance aircraft, bombers, and the long-range, high-altitude missiles they fire.

Soviet submarines appear to be allowing SNA strikes to roll-back the escorts before commencing their own attacks.

In response to the increased threat from SNA, the Super Etendards have been ferried ashore and replaced with an additional squadron of Crusaders.

Escort the convoy past the gap in land-based aerial coverage.

Move towards RefPt UKADF as the maximum extent of land-based fighter protection. Ensure an average 15 knot speed of advance.

Special weapons NOT <<repeat>> NOT authorized. Report all first use of CBR weapons to NCA via Flash protocol.

​
"The Russian economy, stressed by the demands of war, confirms its leaders' worst fears. Economists tell the Defense Council that unless the war is a short, victorious one, the economy will collapse."

"Exhausted by the furious pace of combat and the horrific losses, both sides are forced to re-evaluate their basic strategies. Fuel and ammunition are being consumed at fantastic rates, confirming the most pessimistic peacetime estimates.

At sea, reinforcement convoys have become vital prizes, to be protected or destroyed. Soviet strategy did not anticipate a long war and made no plans for a sustained campaign in the North Atlantic. Now forced to do so, Soviet attack subs must operate at extreme range in an ocean ringed with hostile bases."

"Mines have always been an important method of slowing a naval force and restricting its movements. They have sunk their share of ships, but a mine's greater effect is the effort the enemy has to exert to continue his operations. A suspected minefield has to be investigated by specialist mine-hunting and -sweeping forces. Once the mined area is located, it has to either be swept or avoided. If the area cannot be avoided, the area is closed until it can be swept. Both sides expect the other to mine their ports and other restricted waters. How well they are prepared for that event is another story."

Even though the major portion of the Soviet Red Banner Northern Fleet has sortied from its bases, once a vessel has expended its ammunition, it has to return to port to re-arm. This is especially true for the vessels armed with the large, ship-killing surface-to-surface missiles such as the Oscar PLARKs, Kirov, Slava, and Kresta I RKRs and Sovremennyy EMs. The initial series of battles have caused much of the Soviet Navy to now need re-supply.

Several Soviet ships have been photographed enroute to Murmansk.

NATO high command orders the Northern Fleet port entrances to be mined. One such field is the inlet leading to Murmansk.

Penetrate Soviet waters and lay a minefield of twenty Submarine-Launched Mobile Mines (SLMM). Withdraw from the area without being detected. Do not engage Soviet vessels within 10nm of the mined area to avoid drawing attention to your presence on a mining operation. It will take 1 hour within the mine area to lay the weapons.

The French submarine, Rubis, will be in support and is available to draw attention away from Providence.

Avoid engagement with Soviet vessels within 10nm of the mined area.

Special weapons NOT <<repeat>> NOT authorized. Report all first use of CBR weapons to NCA via Flash protocol. 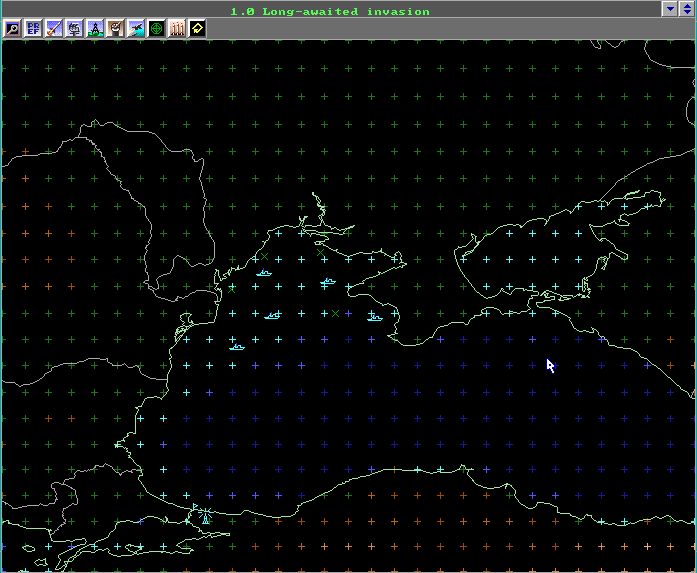 A Russian Amphibious force left their bases in the Baltic Sea in late January 2022. Observed by NATO units, they passed through the Strait of Gibraltar and then the Bosporus; ostensibly on their way to exercises with the Russian Northern, Pacific, and Black Sea Fleets.

After the Russians attacked Ukraine on February 26th, it was expected that this force could dilute the Ukrainian defences. However, as air superiority was not achieved by the Russians, two months after departing their bases, the Amphibious Force was still at sea, and conditions aboard became terrible.

Russian high command finally decided to use the force to open up a corridor to Odessa, the last major city not attacked.

Scenario was written for the PlayersDB on March 9, 2022 by Freek Schepers 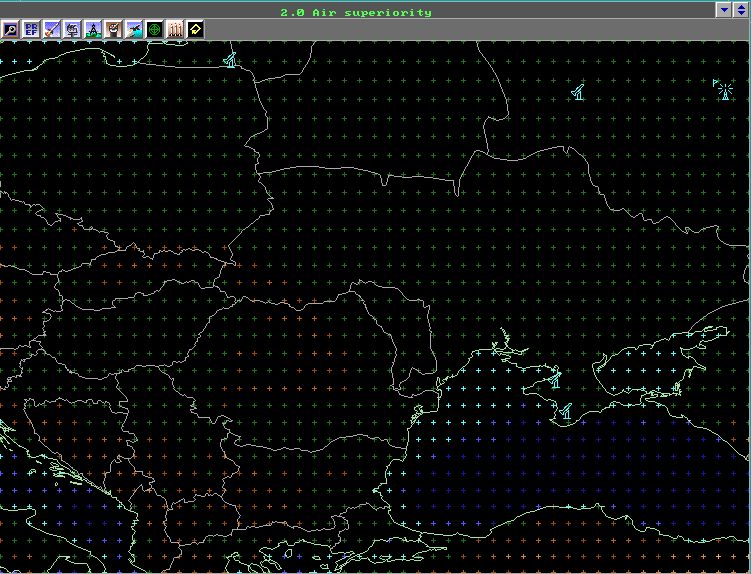 As a result, the Ukrainian armed forces were able to establish a stronghold in the Carpathian mountains and maintain their ability to attack Russian units from the air.

NATO moved some units East, worried about the Russian combat power apparently held in reserve. EU countries wanted to go all out in defence of Ukraine, and when the US did not give access to its Ramstein AFB for a hair- brained scheme to supply MiG 29s to Ukraine, Europe found another route...

For best results, this scenario should be played with Aircraft Logistics activated and Nuclear Weapons enabled. Scenarios is multi-player capable. 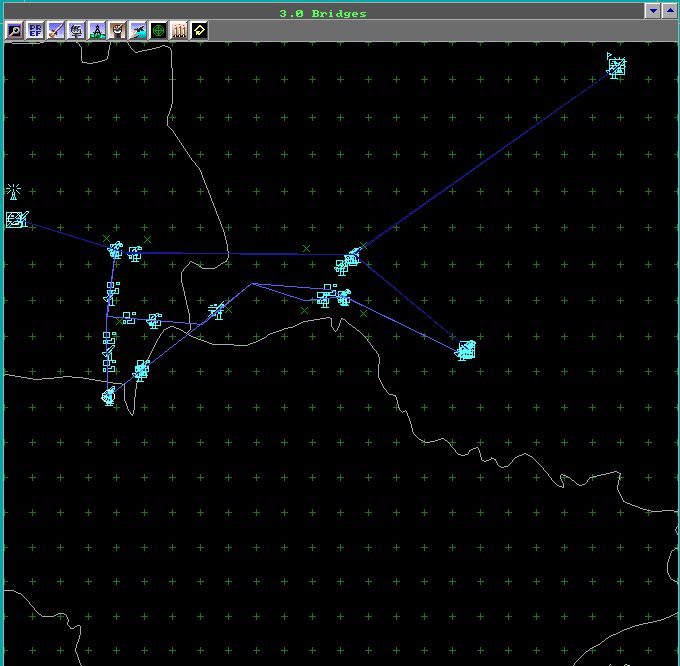 More than a month into Putin's invasion of Ukraine, it is clear that the Russian army was not ready for a long operation. Losses to supply units, the enormous cost of urban warfare, and the muddy roads and fields from rising temperatures have stopped the Russian advance and made it impossible to supply the long front.

Russia has decided on a new strategy - to withdraw a large part of its forces from Northern Ukraine and use these to strengthen the attacks in the East and South. 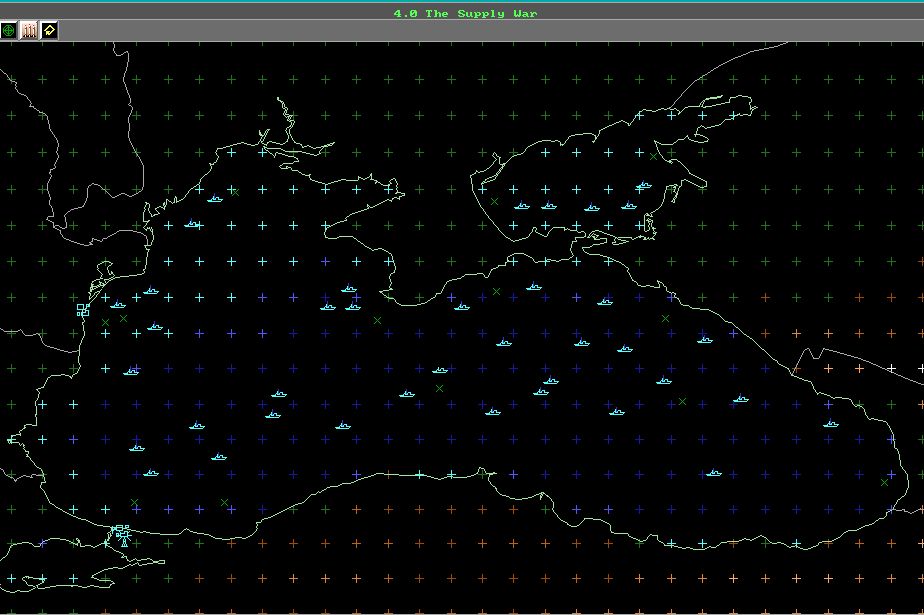 Starting early April, Russian forces shortened their front and focused their attention on the Eastern sectors. Mariupol finally fell and Russia started using massive amounts of ammunition and men on other key cities.

The destruction of key bridges meant supply by sea was now the favoured route - but following the loss of an amphibious ship in harbour to a Ukrainian SSM missile, ships needed to be escorted.

This scenario was written for the PlayersDB.

A fifth NEW Harpoon scenario has been released by scenario master, Freek Schepers.

Putin's "Ruble rule" went into effect April 1st, 2022. This coincided with a severe cold snap in Northern Europe. EU countries refused to pay for Russian gas in rubles and, on April 15th, the gas supply through Ukraine and through Nordstream 1 was shut down by Russia. Finland and Sweden, not in NATO - cancelled gas contracts with Russia and Finland stopped keeping the sea-lane through the Gulf of Finland to St. Petersburg free of ice. Lithuania closed down all transport through its road and rail system to Kaliningrad as well.

Both sides had prepared for the gas pipeline closures to some extent - Russia already in December 2021 parked two LNG tankers in Kaliningrad, and thereby offset the immediate effect of the closure of the pipeline that supplied the enclave through Lithuania with natural gas. Lithuania and part of EU had set up LNG supply by tankers from the USA, but both measures could not compensate for the closed pipelines. At the conclusion of NATO exercise "Cold Response", NATO moved most of the trained naval forces into the Baltic Sea.

Russia counts on its hypersonic missiles and nuclear deterrent to make NATO back down. NATO saw their superiority in stealth planes as a factor that would make Russia think twice about using force.

Then Sweden and Finland scheduled parliamentary votes on joining NATO.

Over 520 scenarios in a single package!

Harpoon3.6.3 users can get the:
Complete PlayersDB Harpoon 3.6.3 Library 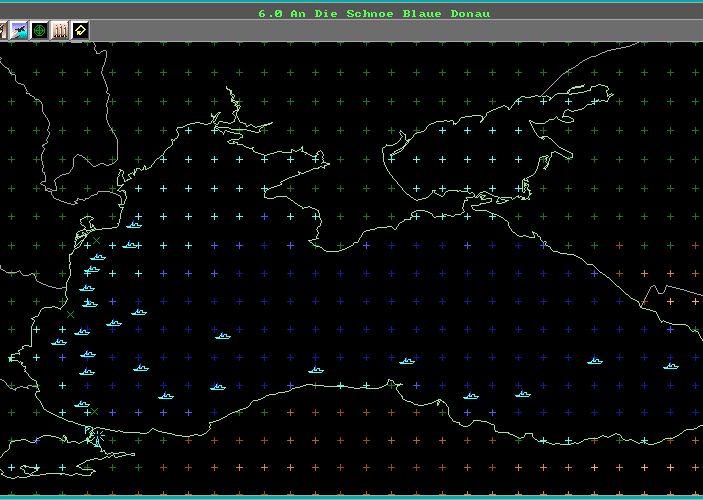 As Putin's war went into its 4th month, the world's interest came upon the 20 million tons of Ukrainian grain stored and the upcoming grain harvest. Russia blocked all Ukrainian harbours and over 300 merchant ships were stuck in Black Sea ports. Russia suggested that any ship transporting grain from Ukraine should stop at Snake Island to be inspected for war contraband. Ukraine, however, requested friendly navies guarantee freedom of navigation from Odessa to the Bosporus; across Ukrainian and International waters. Politically, this is much more acceptable for NATO than enforcing a no-fly zone over Ukrainian airspace, but the Montreux agreements banned any passage of warships through the Bosporous into the Black Sea during time of war. Enforced by Turkey, this has helped keep the Russian fleet out of the Black Sea since March.The alternative route for warships to reach the Black Sea is through the Rhine, Rhine/Danube-channel, and the Danube, but it is limited to ships under 190 meters length, 10 meter beam, and only 3 meters depth. The UK and US Blue-water navies have virtually no suitable warships within those constraints. NATO, however, managed to put together a fleet of smaller Swedish, Finnish, Norwegian, French, and German ships. In four days, these ships sailed from Rotterdam to Constanta. The next leg was North to Odessa, where dozens of merchant ships were waiting for clearance from their insurance companies to sail.