daniel zucker said:
not to be a ** but how do you know this? do you have sources that you could present. I'm generously interested in this
Click to expand...

Glad you saw that cool video, looks like the best answer is both. Some guys figured the gyrostabilizer out and explained it to others and others turned it off for safety during everyday movement and others who turned it off because they didn’t completely understand it and didn’t think it was worth risking their lives on something they didn’t understand. Another reason I suppose could be tactics where fire on the move was not part of the plan.

bendizoid said:
Glad you saw that cool video, looks like the best answer is both. Some guys figured the gyrostabilizer out and explained it to others and others turned it off for safety during everyday movement and others who turned it off because they didn’t completely understand it and didn’t think it was worth risking their lives on something they didn’t understand. Another reason I suppose could be tactics where fire on the move was not part of the plan.
Click to expand...

Stuff like gyros were to WW2 era people as advanced and as intimidating as the moon shot was to my generation or an iphone most likely is to your 90 year old grandmother. That was really hot stuff back then.

It would not be the first time where a new promising weapon is useless on the battlefield because the tactical doctrine to use it is missing or faulty.

Case in point: the poor use of the new weapon, the machine-gun, during the franco-prussian war of 1870 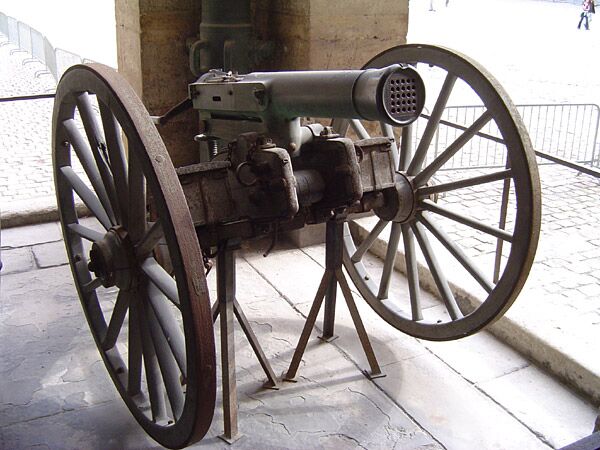 Eagle4ty said:
However, it is well to note that subsequent post war production continued its use in one form or another
Click to expand...

Do you have a source for this? One of the reasons I figured the Sherman's gyro wasn't very helpful was b/c after the war the US armored forces dropped the concept for over a decade. I'm not sure about the M26/M46 but according to Zaloga neither the M47 nor the M48 incorporated a stabilization system. I think they put one in the M60 (in fact that tank might have had both gun and turrent stabilization, though I'm not positive.)

As other's have noted, it's been my impression the main value of the Sherman's stabilizer was allowing it to fire quicker from the halt than other tanks of the era.

According to Hunnicut's book on the Patton series of tanks, the M47 was supposed to have, and was designed to have an IBM stabilizer for elevation and turret traverse. But the pilot tanks did not have them when received and the tanks was ordered into production under emergency conditions and the stabiliser was not included. (pages 40 and 58). The reason it was dropped was not stated. 20 M47s were tested with e Centurion's stabilization system and gunnery improved but it was adopted as production of the tanks was ending. (p. 72). T^here were add-on stablizer developed for the M48 in 1962-4 and also for the M60 & M60A1 in 1970. (p199-200).

The M46 and M46A1 did not have a stabilizer. Neither did the M48 series tanks until the add-on. No reason stated as to why. I wonder though if the mechanical ballistic computer that the M48 series tansk had something to do with it.

Here's an interesting tidbit, according to Hunnicut's book on the Sherman, M3 tanks were to be produced with the gyrostabilizer starting in January 1942. p 60.

This is what Hunnicut's book on the Sherman says about the Gyrostabilizers.

p 184: "With proper training, the use of the elevation gyrostabilizer also gave an advantage to the M4s." This page also cites the power traverse allowed the Sherman to get the first shot.

p. 215: "Efforts to improve the efficiency of the Sherman's main armament also involved the stabilizer system. The design of the late production stabilizer was simplified, reducing maintenance problems and improving its reliability. Battle experience showed that the stabilizer provided a definite advantage when the troops were properly trained in its use. Unfortunately many units were not fully familiar with these advantages and disconnected their stabilisers. They did not attempt to fire on the move, preferring to stop before using the main weapon."

So I'm suspecting this is the source for the ASL rule as this book was published in 1978.

Location
In my castle by the sea, Trochu, AB

Somewhere I remember reading or hearing that US 3rd Armored used the Gyro as a matter of course where the 4th Armored rarely did.

As a former tanker, I can attest that the breach moving up and down as the tank moves is not a major issue. The loader learns quickly to 'move' with the breach even while bracing himself. This was in the old Leopard C1 back in Gagetown, NB (Canada) back in the mid-80s while I was on a gunnery course there.

It was something to watch an experienced loader,... they rarely missed a beat. It was a different story when they had us gunnery students try it. They said that within a few days you get the hang of it.


Swiftandsure said:
I used to apply the optional rule for gyrostabilisers and schuerzen.
But I noticed that nobody else did.
So I have stopped using that option.
It could be halfway between the all or none choice that we have without the optional rule.
Click to expand...

I like the optional rules as well. Gyro, Schuerzen are fun and BI forces a player to be cognisant of casualties even if there is no casualty cap in a scenario.