Elite Dangerous: Half Way There 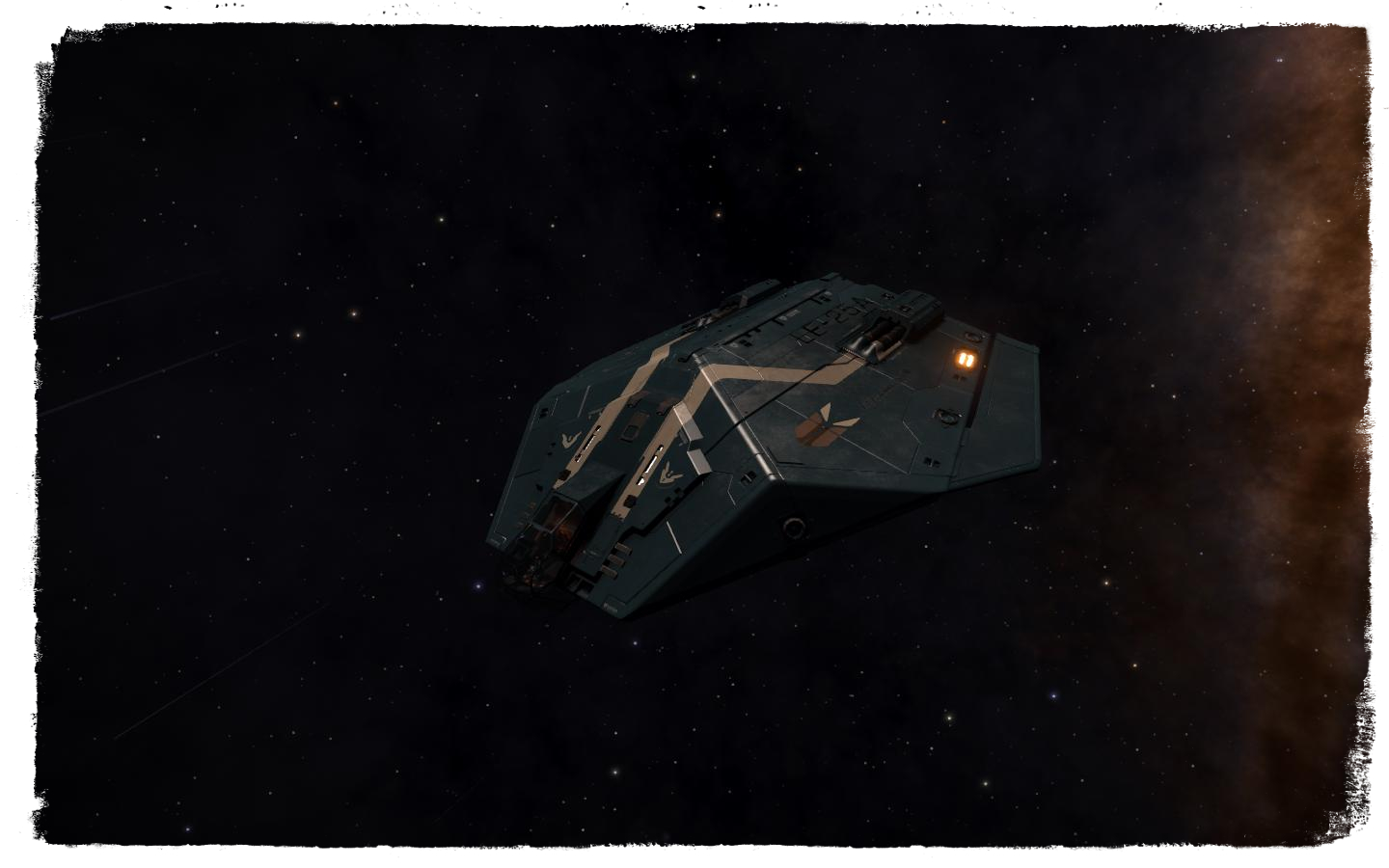 I stuck to the plan I formulated at Andree Arena. Item #1: Purchase an Asp Scout, a vessel more fitted to the rigors of deep space exploration. Here she is, my hulking beaut now christened "Fitzcarraldo": 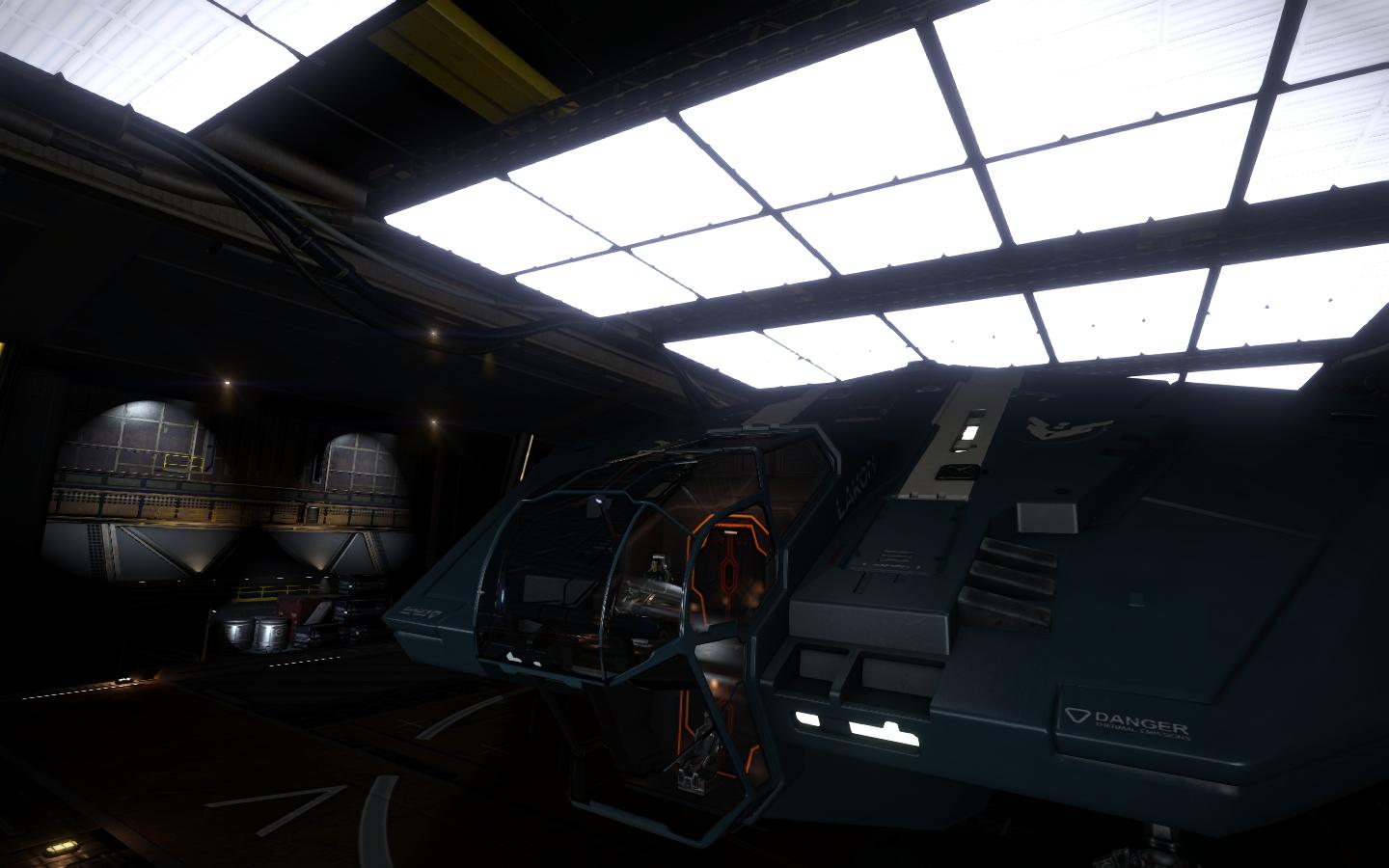 ​
I never had a double-decker before. As I am a lone wolf, I don't have a co-pilot, so I use the lower deck to store my laundry.

I like how the Scout handles; it is much more nimble than my old Keelback.

I did break with my plan to dive off of Andree Arena, however. I instead made a stop at Oswald Dock, a large Coriolis station. I came here to see if I could get some better internals for my ship. Didn't really have much luck, though. Good thing I kept some of the "B" and "A" class internals from my Keelback!

One last look at civilization: 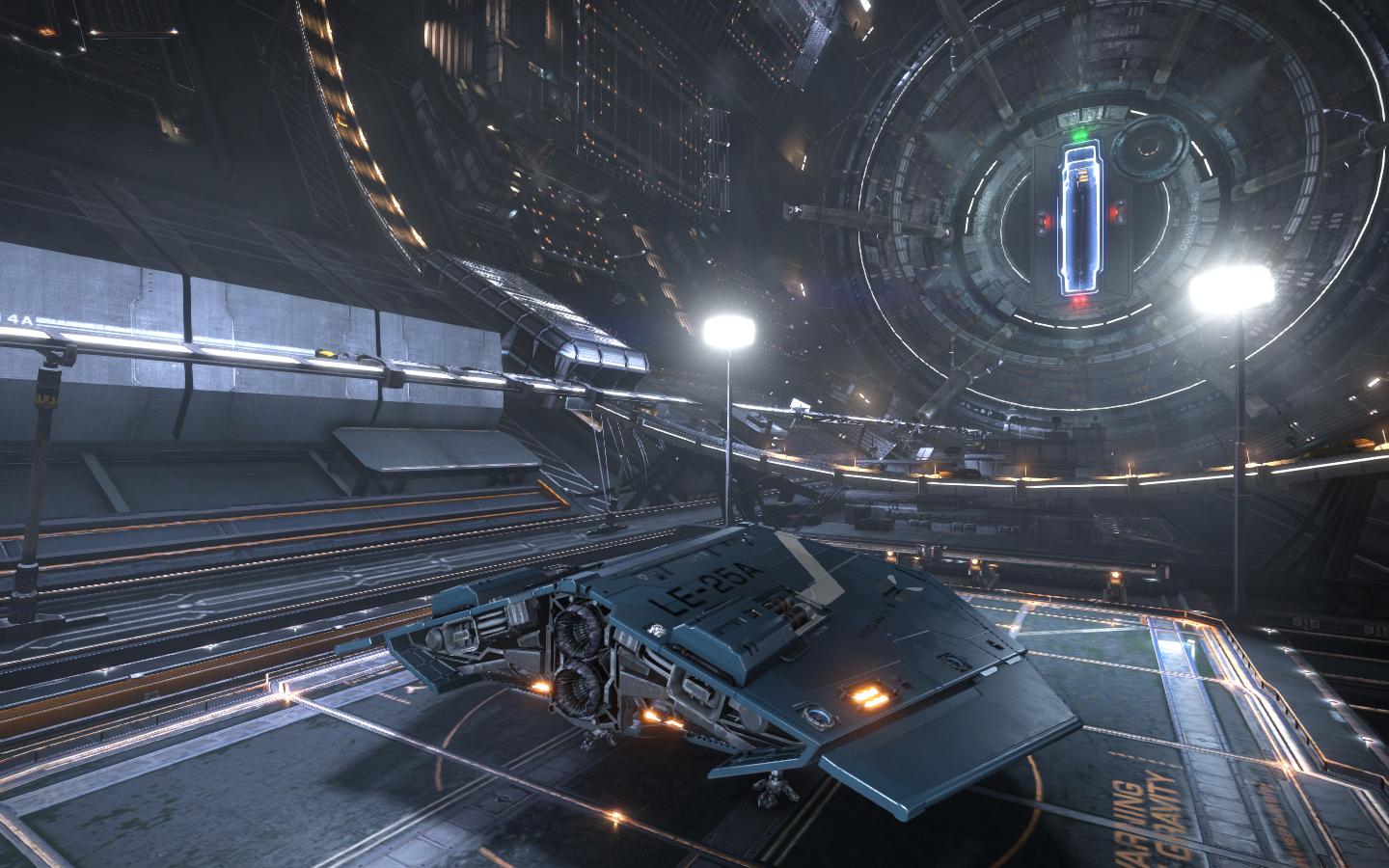 And I am out of there and taking my first steps into a larger galaxy: 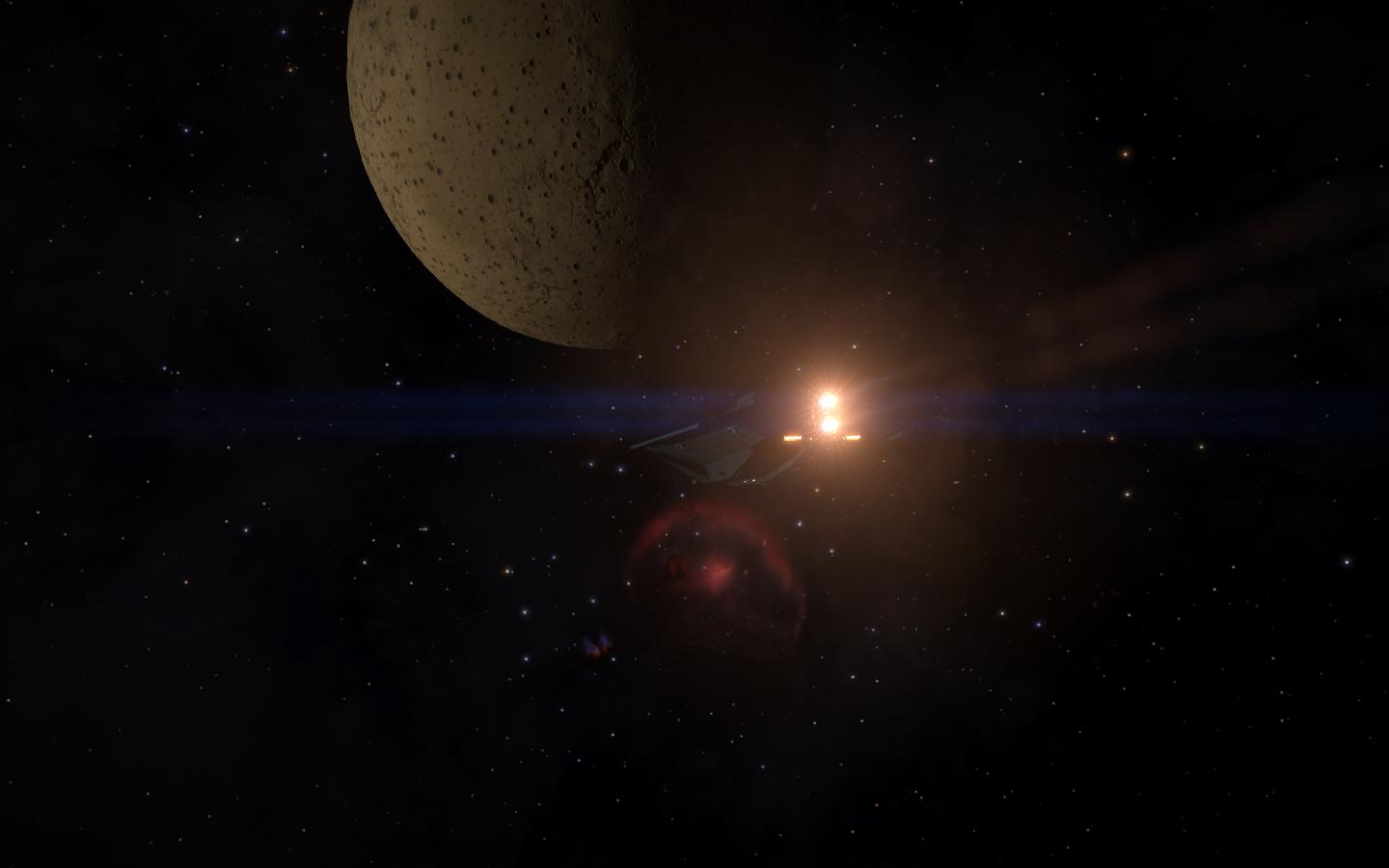 ​
I was initially concerned about the long term prospects of my trip. Why? Because all kept coming across were brown dwarfs and T Tauri stars, both of which lack that sweet, scoopable hydrogen my friendship, er, frameshift drive needs to get me to Merope. While pretty, they would kill me via malnutrition. 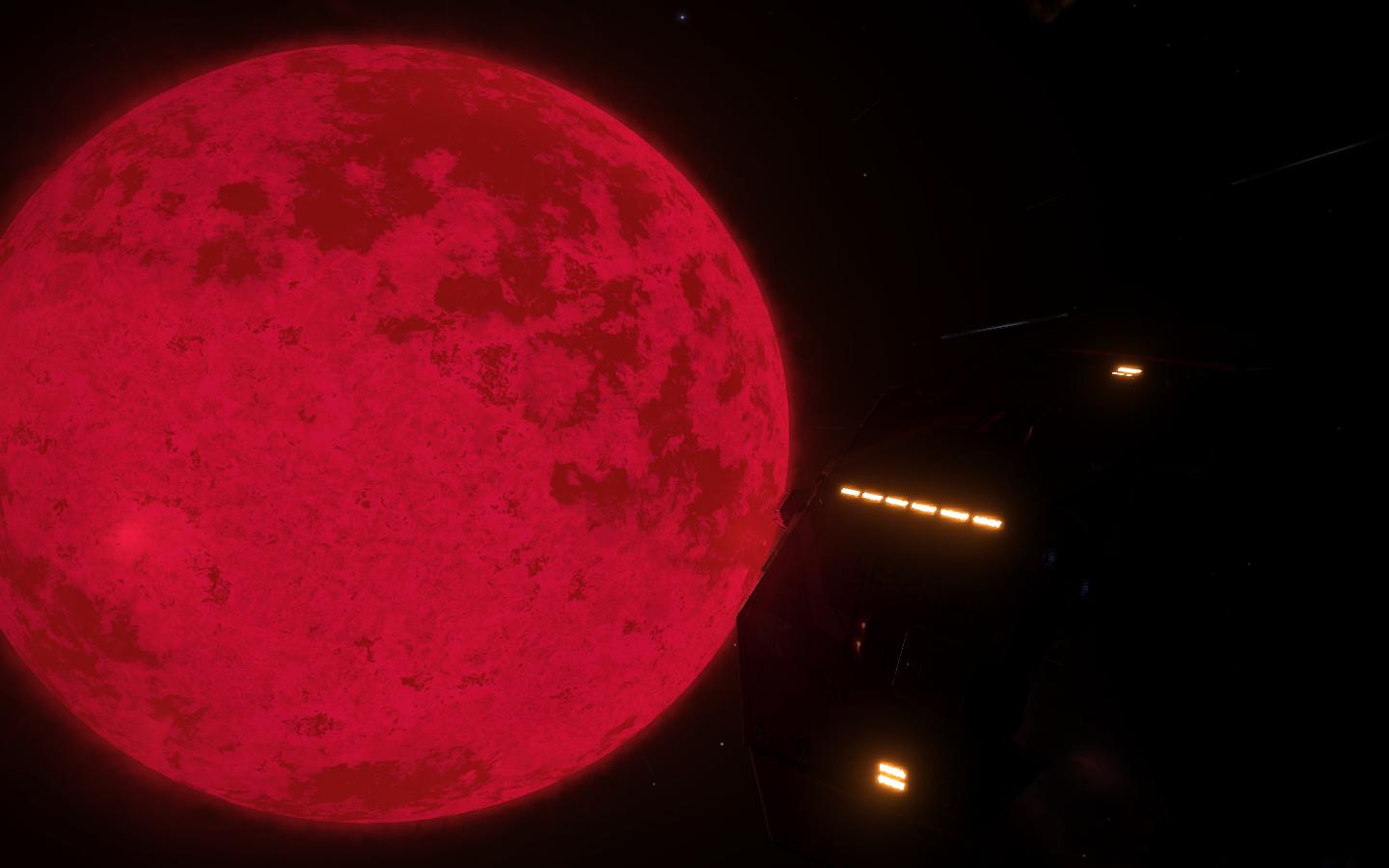 ​
Fortunately, their dominance was broken up by the occasional white or yellow star, both of which gave me a chance to refuel on the go - the ultimate in fast food.

One such white star gave me a pleasant surprise: it actually contained some humans! About three or four jumps out, I came across 95 Tauri, a star system containing around 700K souls. While the system lacked any orbital stations, it did contain three lunar bases and was quite busy with traffic. I decided to take advantage of the opportunity to refuel at an actual base, so I set down at the largest port, Nansen Silo. It was a nice little city set next to a mountain range: 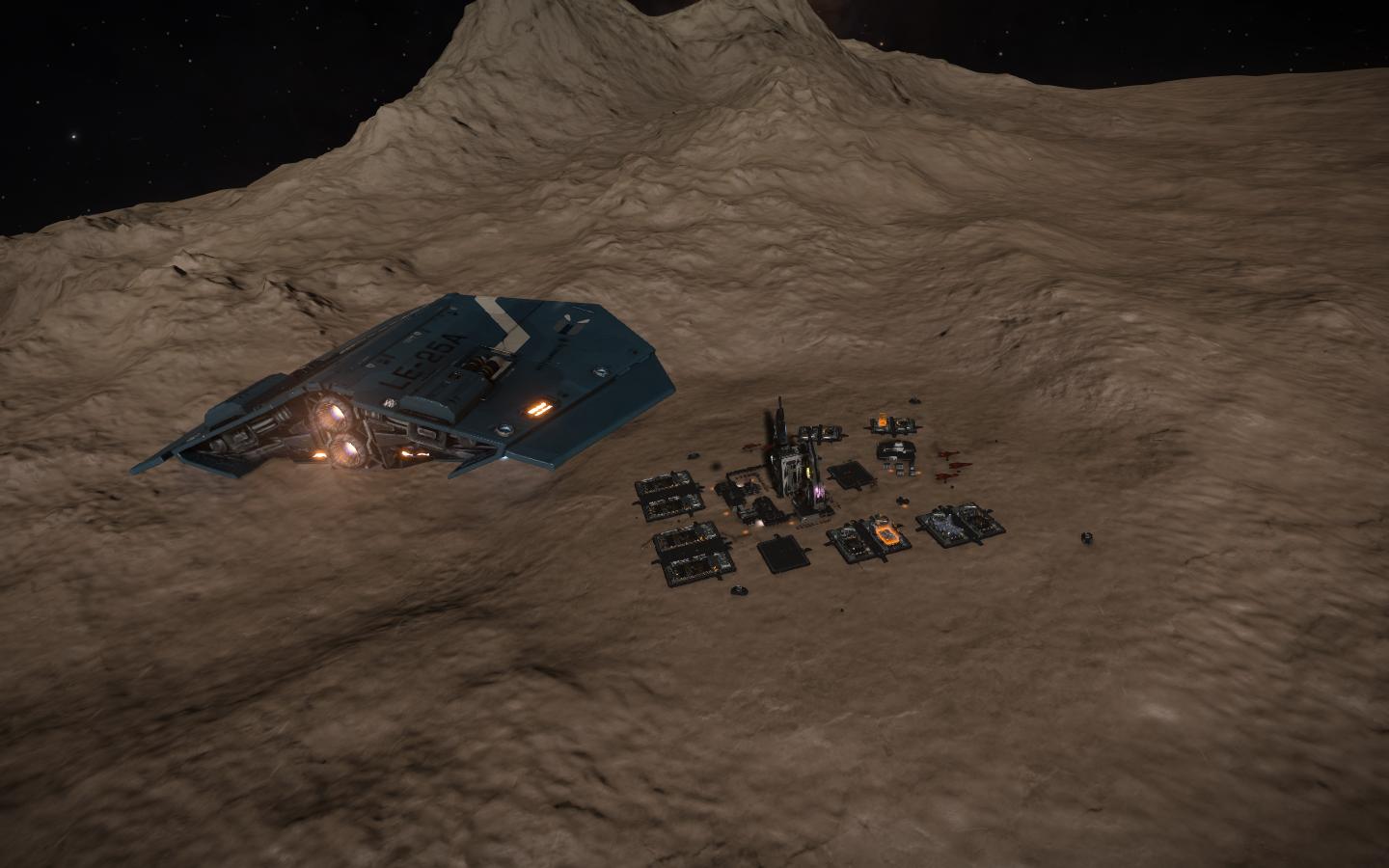 ​
I happily landed at the space 7-11 and told the ground crew to check the oil while I ran to the restroom. 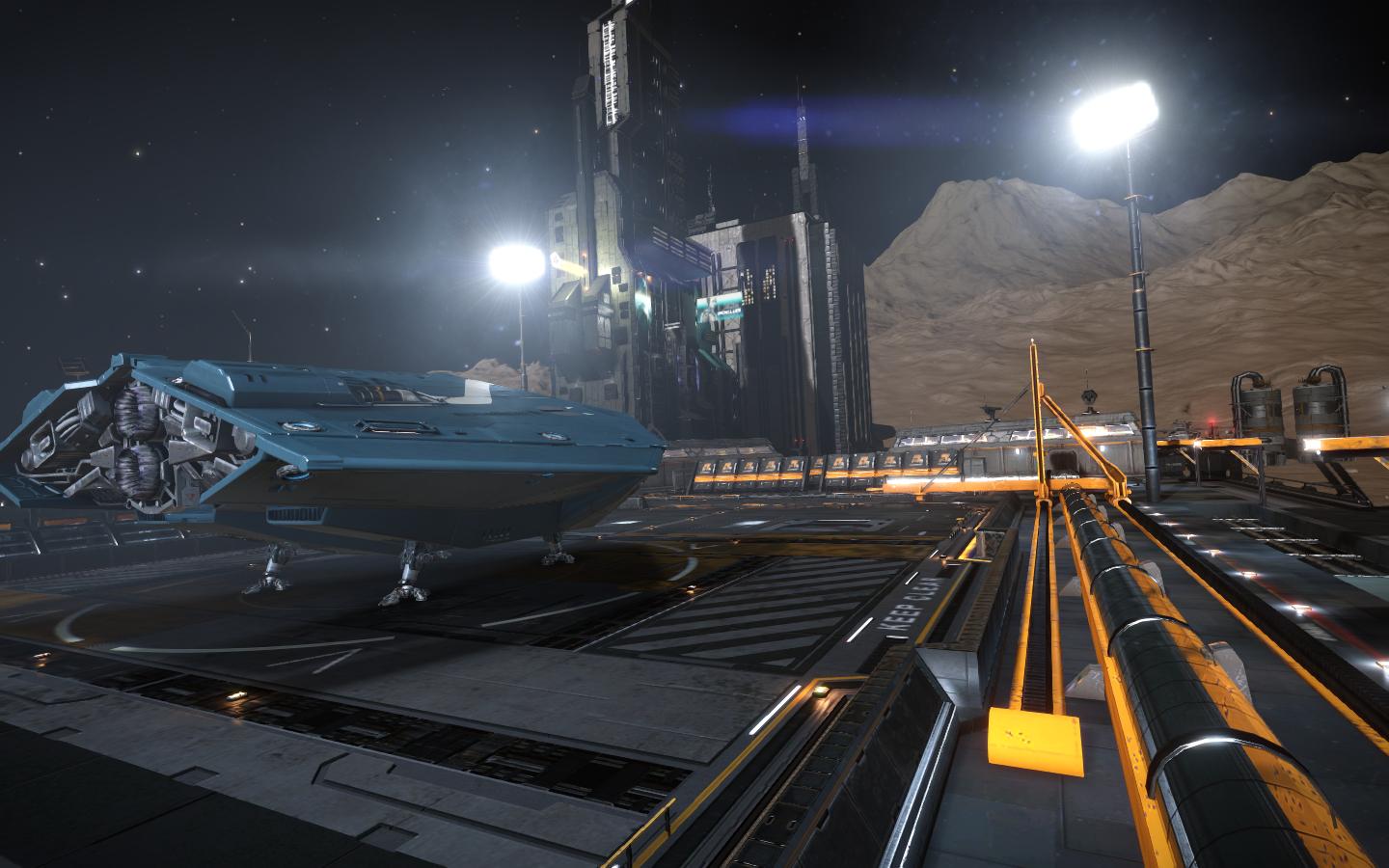 ​
And then I was quickly off again, jumping again and again until I had to call it a night. I needed a place to land for the night, so I headed inward from the primary sun of Hyades Sector YJ-B5. After cruising for a bit, I found an interesting orbital duo that promised to give me a quiet place to rest my head. 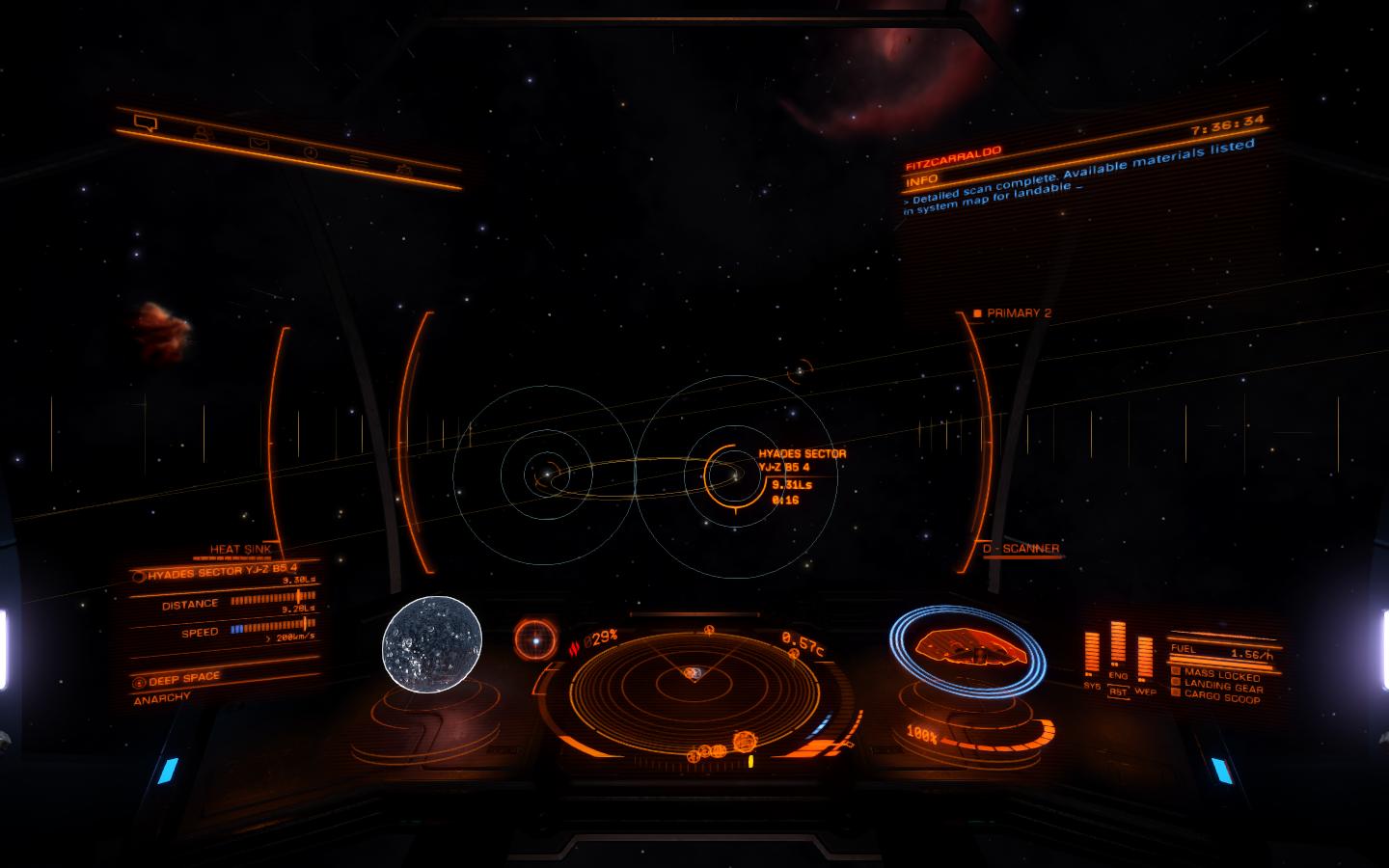 ​
Because I scanned the left-most planet last, I decided to spend the night there. It seemed to be a bland ball of ice and rock: 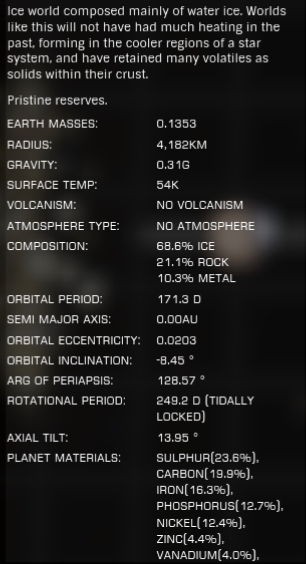 ​
Good enough for me! I entered orbit.

Yup, it was a bland ball of ice and rock, alright!

​
Yawn. But in this line of work, boring is good.

​
I have to say that I really like the spacious cockpit of my Asp. It has an unusually high ceiling. And the view is fantastic.

I found a flat patch of ice and set Fitzcarraldo down for the night. Looking out the starboard side of the cockpit I could only see ice cubes.

​
While standing up to stretch my legs, I took stock of the situation. So far, so good! My fuel scoop has kept my tanks topped off, and I haven't suffered any damage. Checking my map, I could see I was almost halfway to my destination! 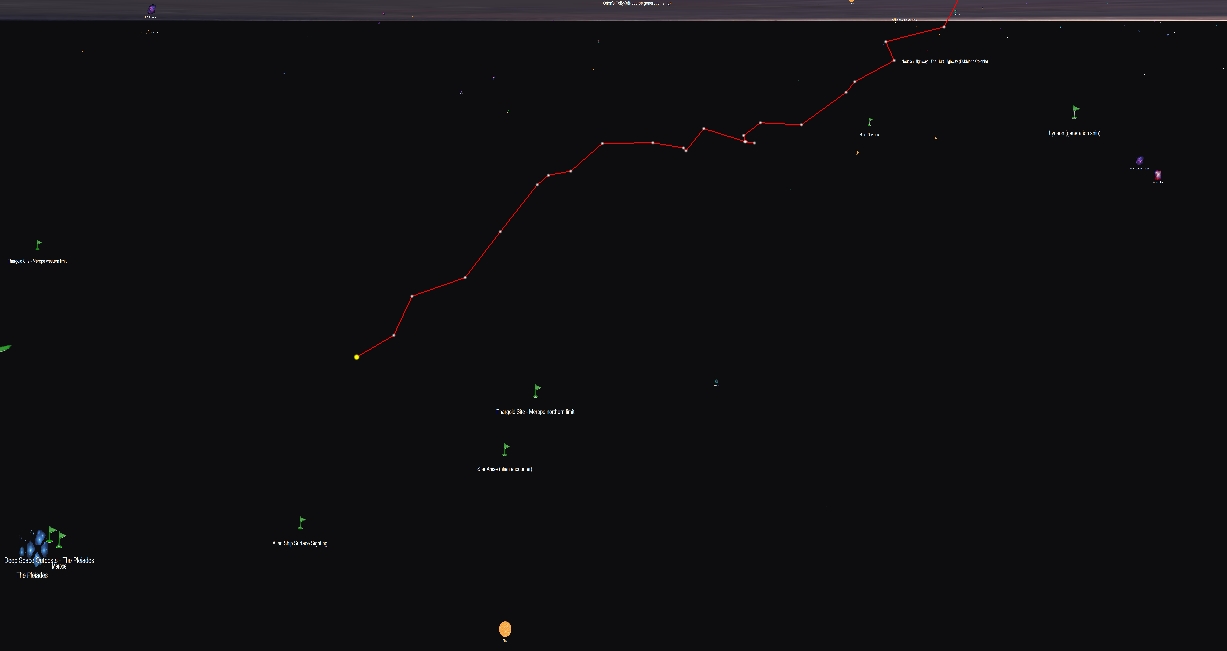 The loneliness hadn't gotten me yet, either. It is weird to see absolutely zero human activity on your scanner. But on the bright side, that also means one less danger to cope with!

Now to finish the great expedition and get my meta-alloys. Hopefully, my ship will still be in one piece when I awaken. If it is, I might even take the ol' SRV out for a drive just to see if there is anything interesting around my landing site. Looking for trouble? Perhaps. :nod:
Last edited: Aug 30, 2017
You must log in or register to reply here.
Share:
Facebook Twitter Reddit Pinterest Tumblr WhatsApp Email Link
Top