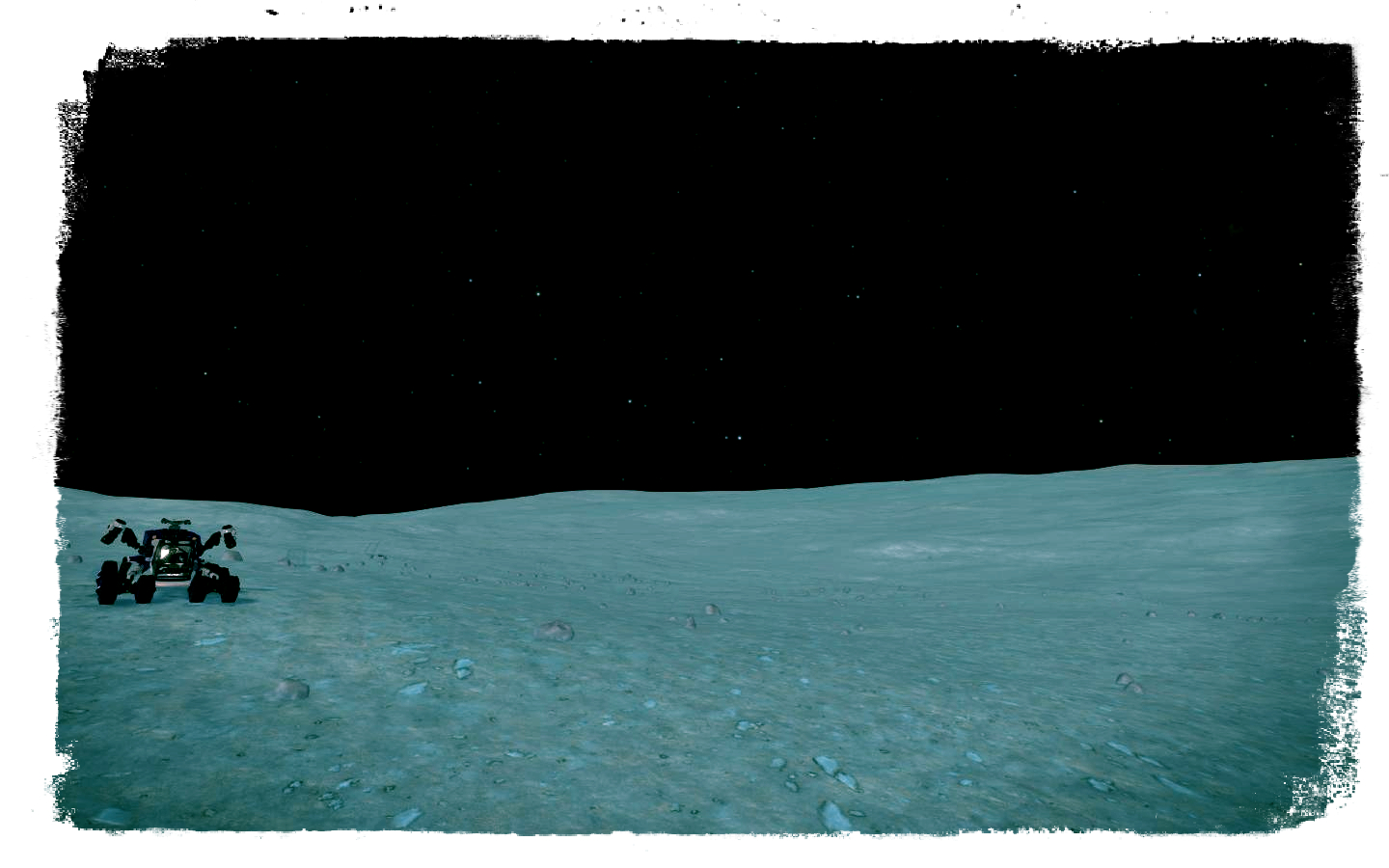 In my last journal entry, I had set down upon the tiny ice moon of Hades Sector YJ-Z B5 5 for the night. Well, the next morning I decided to take the old SRV out to do a bit of exploring. 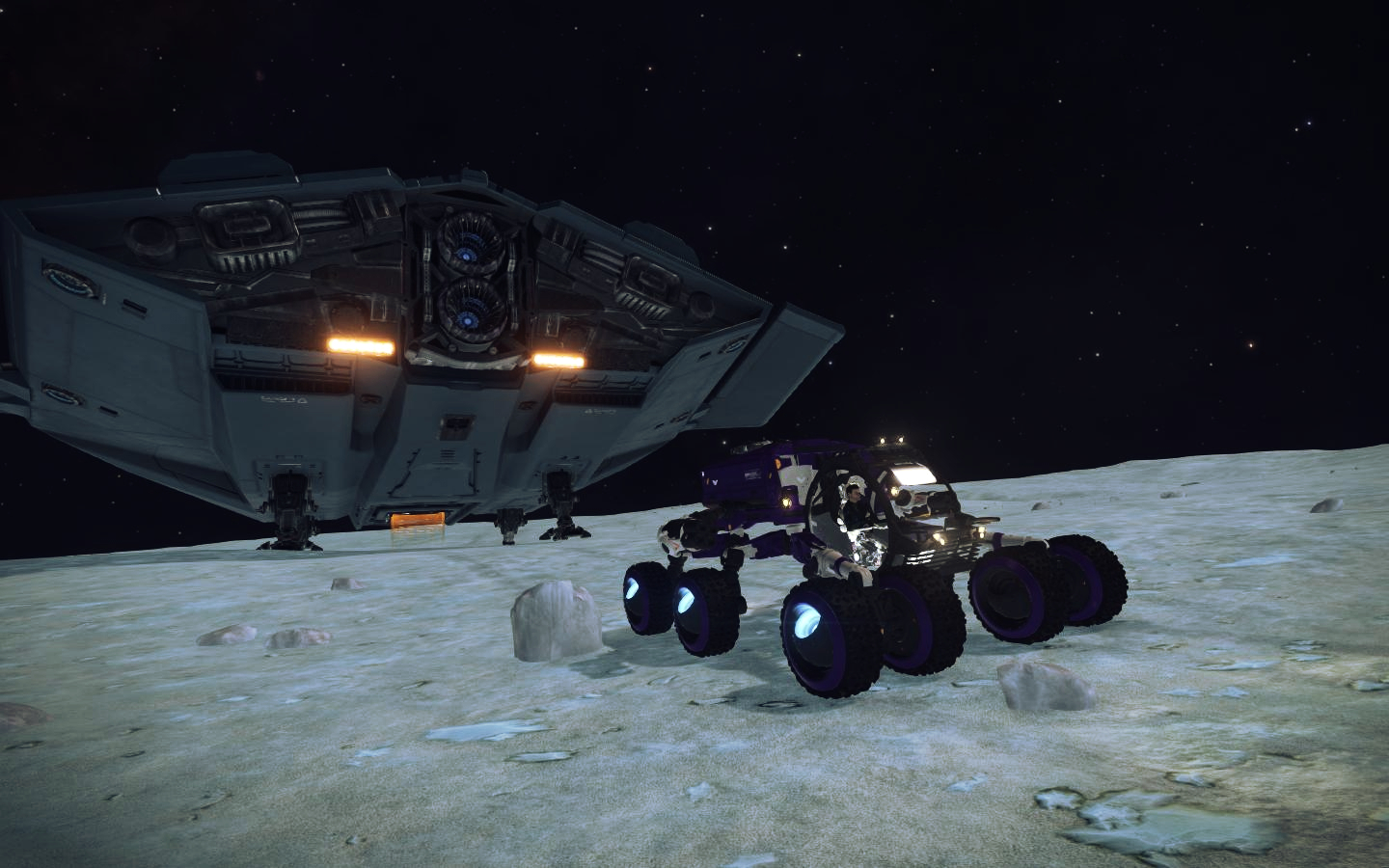 ​
Wow, my ship, Fitzcarraldo, looks imposing from behind! Cool.

I drove around for a bit but, as I expected, found little but ice and rock for as far as the eye could see.

​
I did take the time to mine an outcropping of bronzite chondrite I had found, really for no other reason than to have a souvenir from this world. The nickel and iron I got from it could be used to manufacturer some improved explosive rounds, so there was that, too.

After driving randomly for a few klicks, I summoned Fitzcarraldo to come and pick me up. It found a nearby patch of flat ground, so I motored on over.

​
I left little Hades Sector YJ-Z B5 5 behind and ground my way further on. As with the outset of my voyage, I found lots of T Tauri stars, with the occasional brown dwarf thrown in for good measure. However, every now and then I found something interesting, like this painfully bright blue-white star, 59 Chi Tauri: 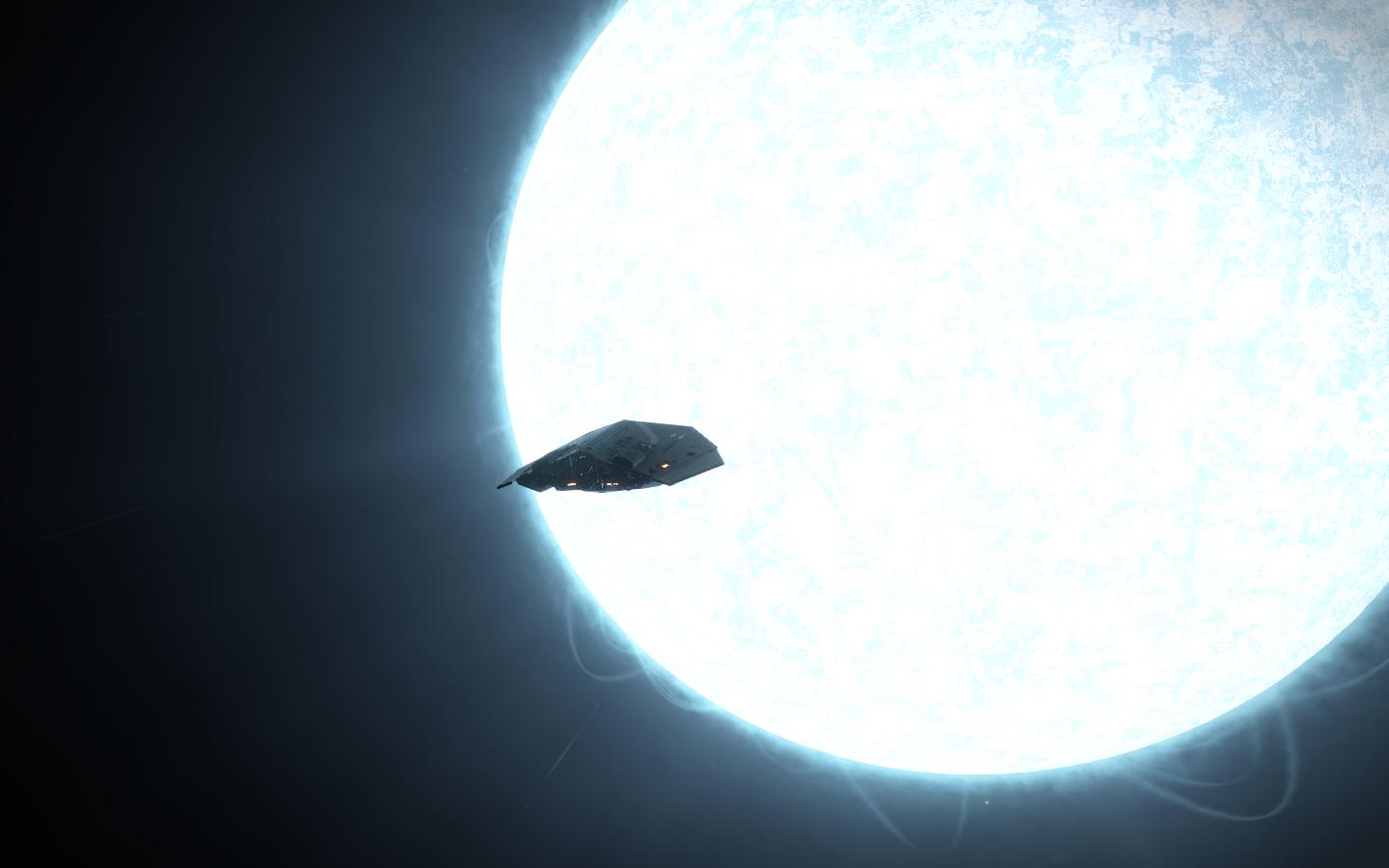 ​
It was shortly after this I got an unexpected message from an "Elvira Martuuk" inviting me to come see her some time. 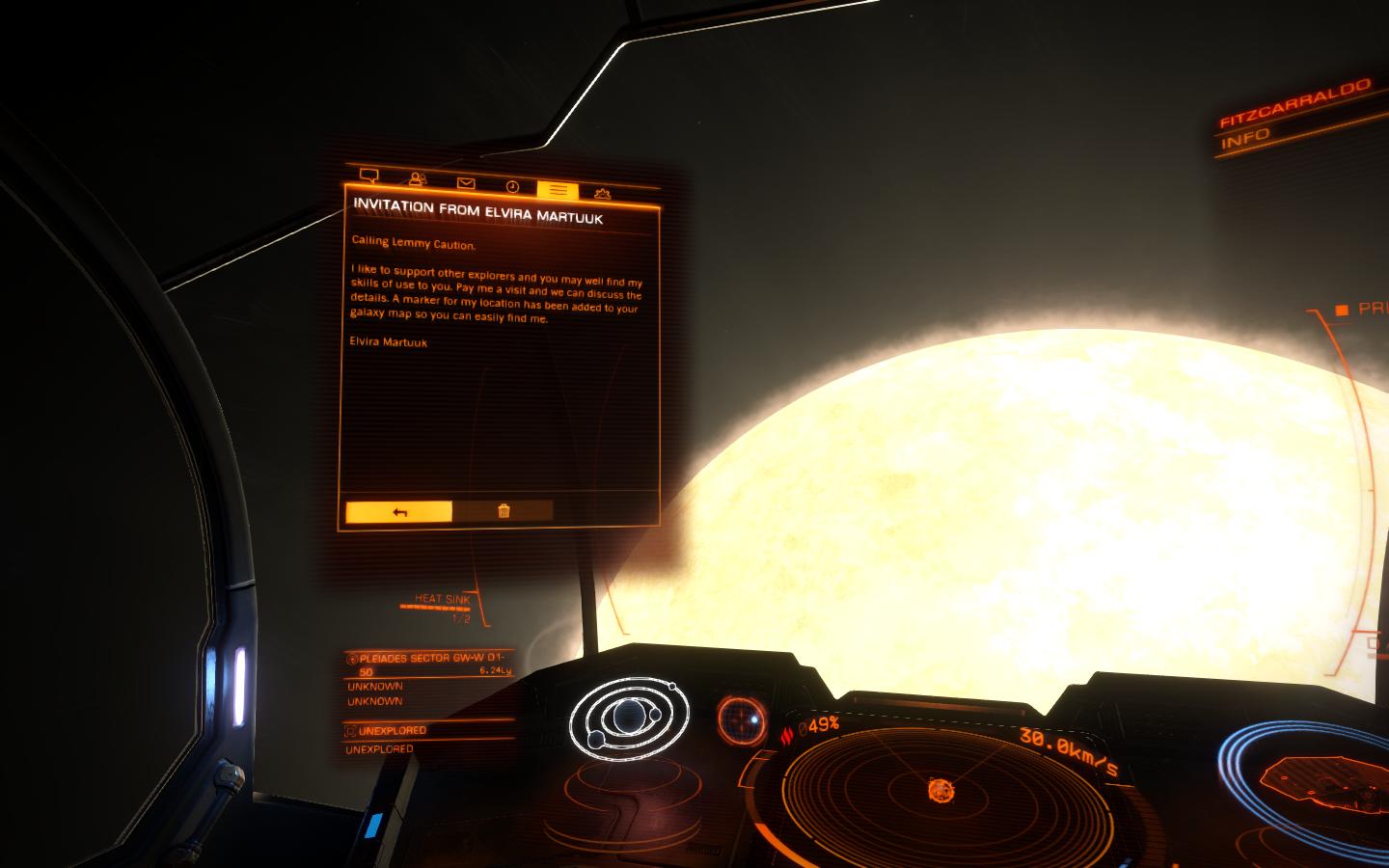 ​
After digging into to it some more, I discovered that Ms. Martuuk is one of those crazy engineers. It seems she somehow detected that I had now travelled over 300 light years (!) from my home system, qualifying me for her expert services! Great! I'll look her up when I get back to the Bubble.

It was at this point that fatigue started to set in, so I began to look for another place to settle in for the night. I chose the system Pleiades Sector LS-T C3-12, planet 1F for my abode. This planet was a cratered ball of rock.

​
I picked a smooth area to land, probably the result of some magma upwelling, perhaps after a large impact. 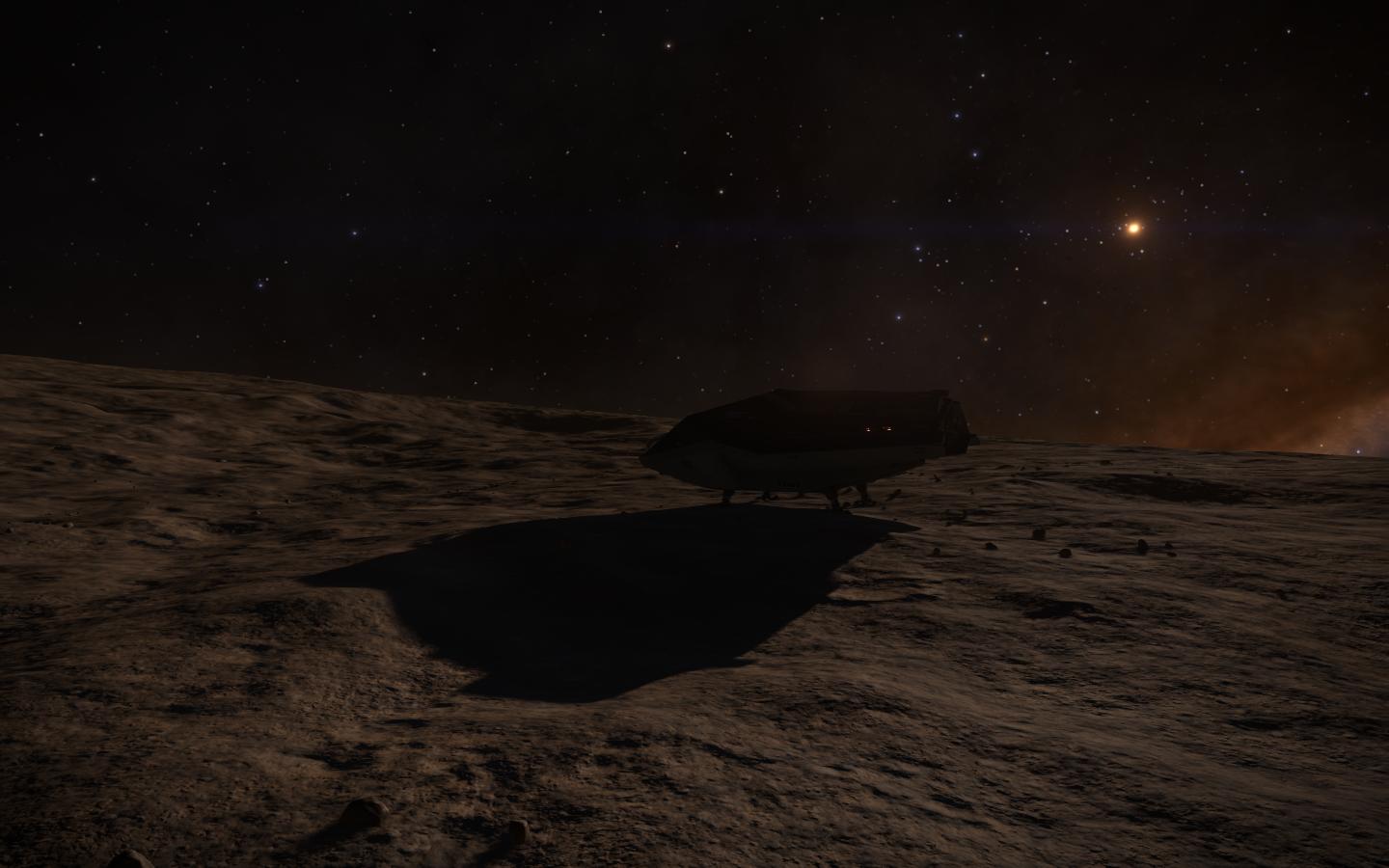 ​
It's a spooky place, but it'll have to do! Seeing how the sunlight is weaker I'll probably sleep better than on bright Hades Sector YJ-Z B5 5.

A night's rest, and I'll be off to finish my trip! Hopefully! 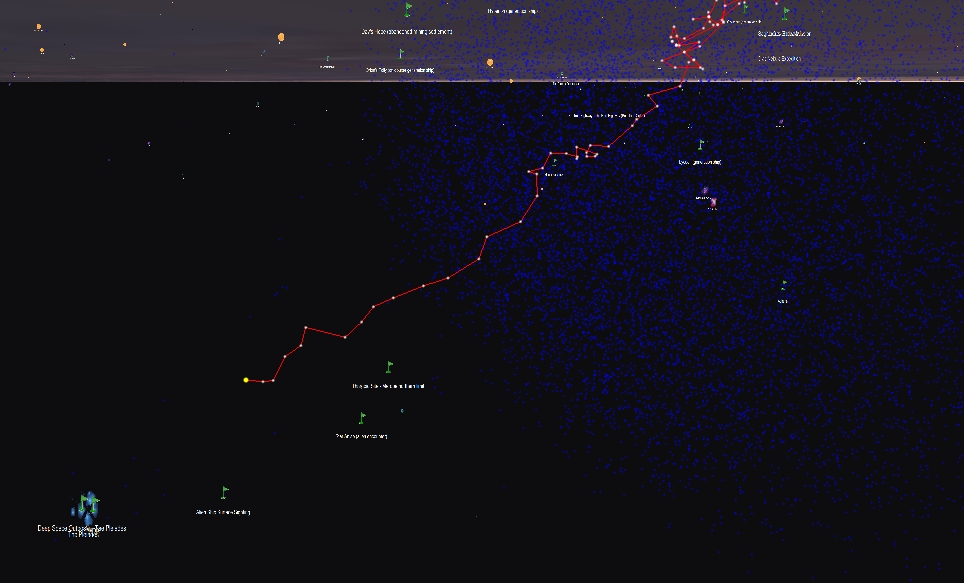