#46: Rage Against The Machine

Nice AAR, it was fun to watch. I played this a few years ago at the Texas ASL Tournament. My Russians were behind the curve on 1st turn. Well done Martin your Russians just rolled forward.

OK, good to see you guys back together and playing a great scenario, but I simply must object. When somebody asks your Prediction, there is no other answer than this:

Thanks for the episode...that one looks a bit of a challenge for the Russians. Having
said that, it looks like a lot of fun; I think I might give it a try after the Swedish odyssey
is over.

Good luck at Double One! Give my best to the usual suspects!

Played that scenario in the ASL Ring tourny against Lionel Colin. It's a good one / fun.

His trick was to move the Russian infantry first, wait for me to fire, which meant that I could not go for a PF, move the tanks behind to prevent routing, then break the Germans with assault fire. My at start force was almost completely destroyed.

He went for the bridge and the rowhouse and won those. I missed the fact that the reinforcements can come on from both the top and bottom of the map so I did not put a Stug / squad on the bridge which would have helped.

The other trick was to HIP the German officers alone with their PF and wait for a tank to drive past. Gives the German more units to hold the line.

Deployment. I was playing Francois Boudrenghien and I had deployed 8 morale squads on the attack. His attitude was that if he deployed on the attack those half squads were as good as dead. So he deployed his worst troops - probably not conscripts though as they have a lower movement.

On the defense. If you want to hold that stone building and survive the shots without breaking - an 8 morale half squad is the best thing for that job?

Many thanks for another fun episode

Should have added that came across one to add to your war film list: 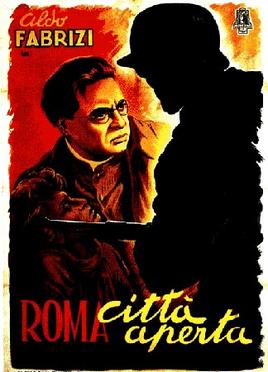 In this one, I think I'd deploy 2nd Liners. Given the terrain, it looks like 1st or 2nd Line
doesn't matter much. Also, the morale (broken and otherwise) of a 1st and 2nd Line
German HS is the same. However, the German 1st Line squad has a non-zero smoke
exponent. Sure, it's only 1. But it can be valuable.

I love this scenario. I had a fantastic game of it against Jim Bishop in the first round of the Albany tournament a few years ago, when the great Gary Trezza was still running it. I was the Germans and I like the way they really feel up against it, fending off the Russian horde. Superb design work, yet again, by my good friends Peter Struijf and Chris Mazzei.

This is indeed a classic. I played it many years ago and remember winning with the proverbial broken halfsquad upstairs 'holding' the last needed building. Highly recommended.
O